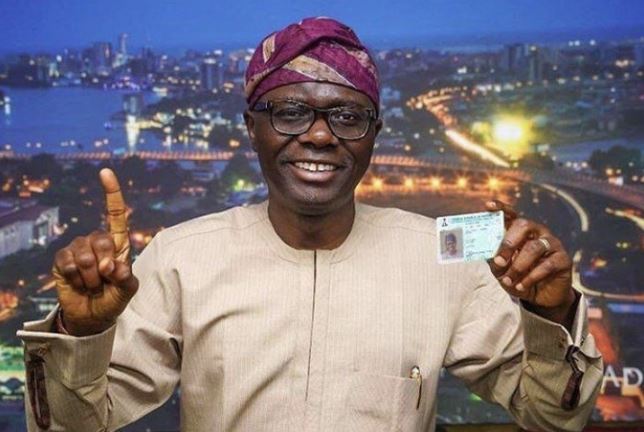 The Lagos State Government has disclosed of its plans to involve the National Youth Service Corps, NYSC, members serving in the state in the construction of a permanent NYSC orientation camp at Agbowa in Ikorodu, Lagos State.

Sanwo-Olu, the Governor of Lagos state, disclosed this plan on Monday during a courtesy visit by the Director-General of NYSC, Brig. Gen. Shuaibu Ibrahim and his management team at Alausa, Ikeja.

The Director-General of NYSC and his team were welcomed by the Deputy Governor, Mr Obafemi Hamzat on behalf of the governor.

He advised the NYSC management to deploy its engineering graduates currently serving in Lagos State to design the plan for the proposed camp, assuring them that the government would provide necessary support for the project.

“By involving those corps members that are engineers and serving in Lagos in the project, it will expose them to the world of work and broaden their knowledge in their field of specialization.


“You can organize a competition for them to come up with various building plans and the NYSC will adopt the best out of them.

“We understand the essence of the scheme because we were once corps members too.

Involving the corps members would make them to key-in into the NYSC Skills Acquisition and Entrepreneurship Scheme meant for corps members generally.”

He said that the corps members’ involvement would also be apt, particularly, now that the state government intended to commence the teaching of entrepreneurship in its public schools.

NAN reports that the Governor assured the NYSC management that the government would cooperate with the scheme in achieving its mandate in Lagos state.

In his remarks, Brig.-Gen. Ibrahim expressed appreciation to the Lagos state government for its support to the scheme over the years as well as appealed to the government to speed up the construction of the permanent orientation camp.

“We have over 26,631 corps members at present serving in the state and we are expecting over 2,000 corps members for the Batch `B’ orientation in June. So, we need more space to accommodate them,” he said.

The DG further appealed to the state government to provide land where the NYSC could construct its Skills Acquisition and Entrepreneurship centre as the scheme has already established similar centres in Ekiti and Gombe states.
Posted by Daniel Update at 5:10 PM