Rivers State Is A Christain State, I Owe Nobody Apology For That - Governor, Nyesom Wike 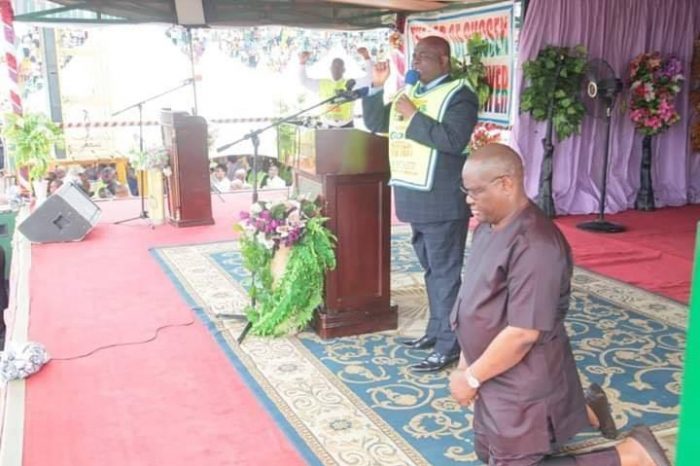 Governor Nyesom Wike has said that Rivers State is a Christian state and that he will not apologise for saying that. The governor stated this on Sunday June 23rd during the Lord’s Chosen Crusade at the Yakubu Gowon Stadium in Port Harcourt, the state capital.

Speaking at the programme, Governor Wike said the forces of darkness invaded the state and attempted to rob the mandate of the people, but God stood firm.

“We saw forces, but the greater force, God Almighty came. With this crusade. Rivers State will be abundantly blessed. I repeat once again without apologies, Rivers State is a Christian State. That is why nobody can touch us. When it mattered most, the Christian community prayed and God heard your prayers. I will continue to support the activities of all Churches. This Government will always partner with the churches , whatever the programme they are engaged in. I urge the Church to continue to pray. Each time you pray, put us in your prayers”

He said that God prevailed in Rivers State on March 9th during the governorship election and took charge of the state.

Posted by Daniel Update at 2:16 PM