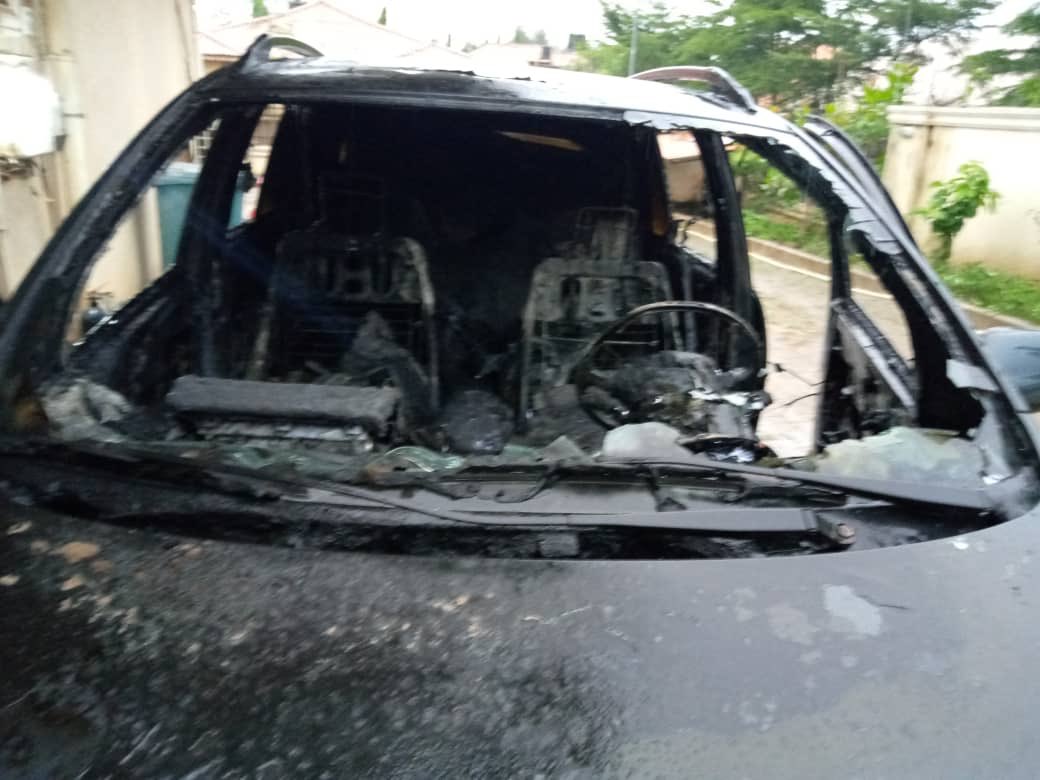 Photos have emerged on social media showing the damage a lightning strike did to a car in Abuja.

The rather shocking story was told on social media by a Twitter user @theo_doora who explained that the affected car is actually her aunt's car.

Talking about the incident on Twitter, she simply wrote: "Lightening struck my aunt’s car this morning in Abuja. God safe us." 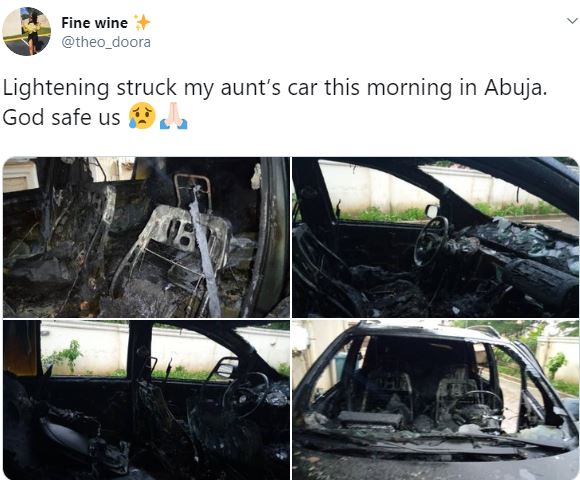 She however, did not state what time of the day the incident happened but revealed that the engine of the car is still working despite the incident. 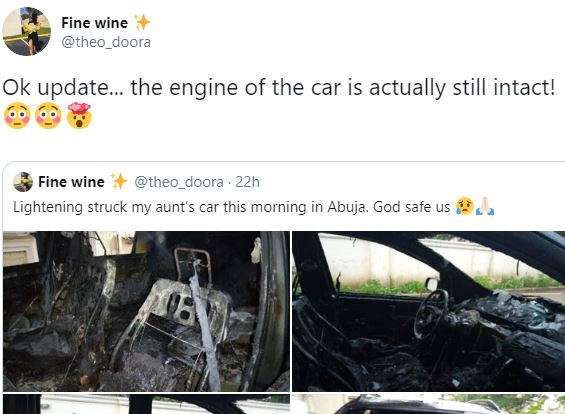 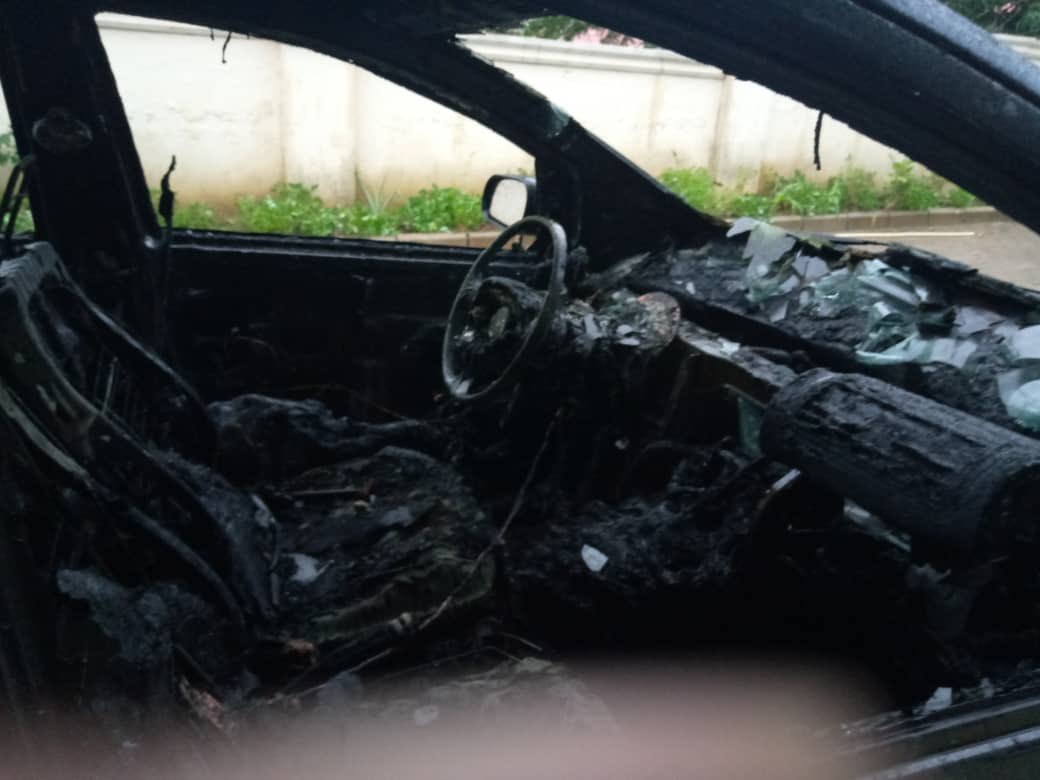 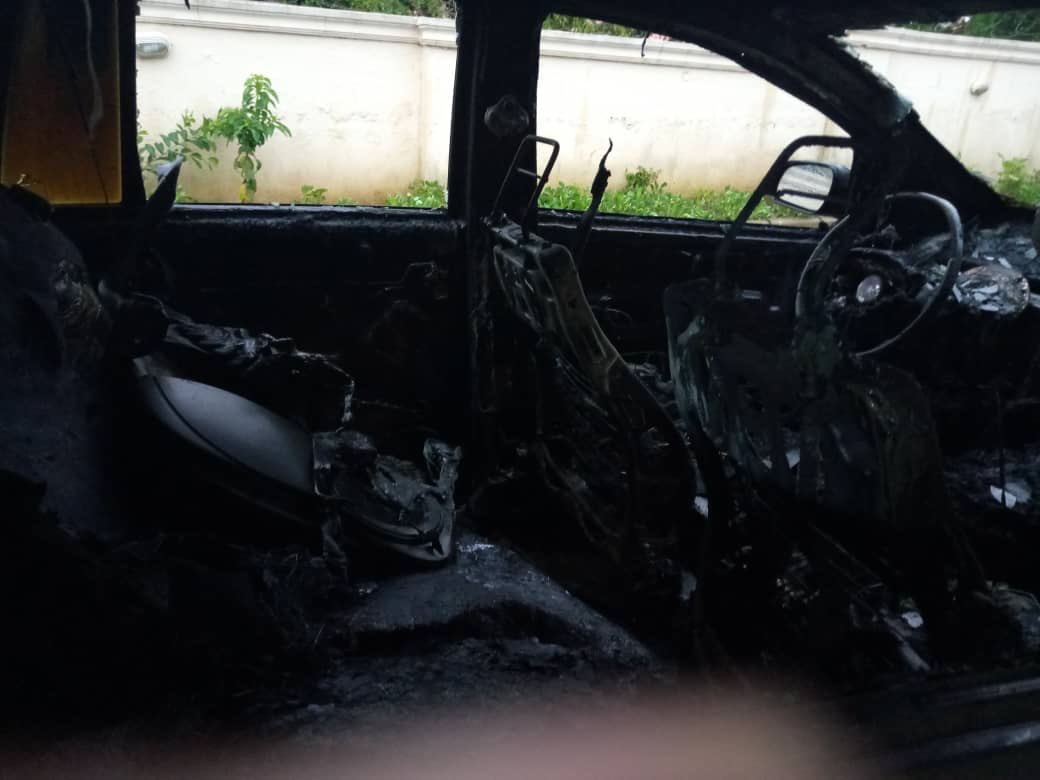 Posted by Daniel Update at 1:50 PM