T. B. Joshua Celebrates 56th Birthday. 20 Facts You Many Not Know About The Prophet 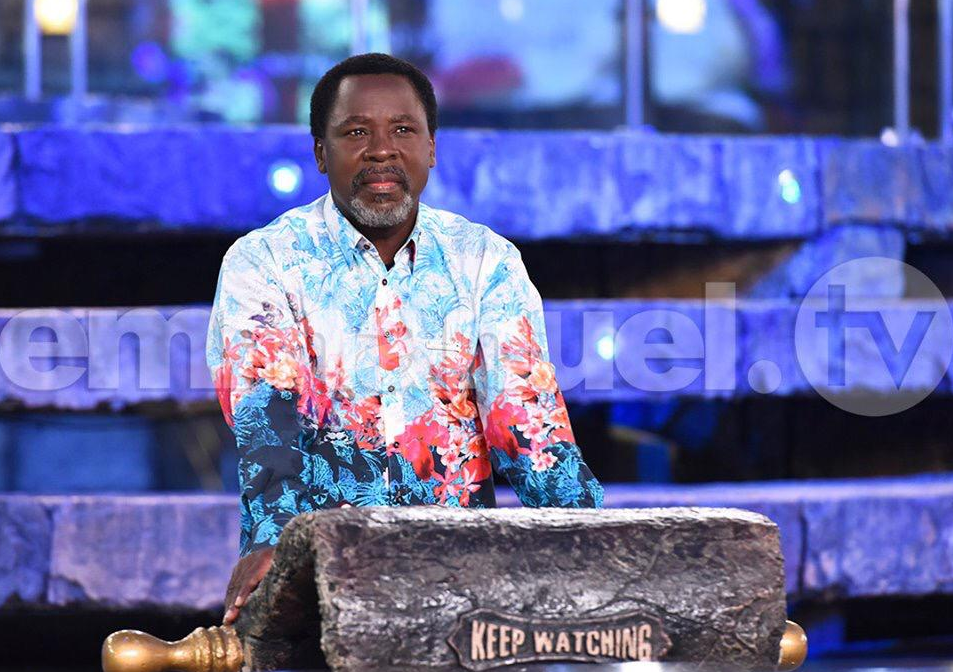 T. B. Joshua, is a Nigerian Pastor , (born June 12, 1963) Televangelist and Philanthropist. He is the founder of The Synagogue, Church of All Nations (SCOAN), Emmanuel TV television station from Lagos.

We say HAPPY BIRTHDAY to Prophet Temitope Balogun Joshua, the man of the Synagogue.

On his birthday, see 20 things you may not have known about Prophet TB Joshua.

#2 He stayed in his mother’s womb for fifteen months and was finally delivered at Egbe Medical Center, Kogi State, Nigeria after being taken from one hospital to another when the pregnancy was due for delivery.

#3 On the 7th day after birth, during his naming ceremony; a piece of rock flew from a rock blasting site, pierce through the roof of the house he was kept and landed at the exact place he was lying. No one knew how he was moved from that position before the stone dropped. The mother fainted and went into a coma as a result of the incident.

#4 As a result of how he was miraculously saved from death during his naming ceremony, he was called different names: Temi –tope, –oluwa, –dire, – dayo, etc. but the mum decided to go with Temitope (meaning "Mine is worthy of thanks".)

#5 He was born into a very humble background in Arigidi, Ondo State, South West Nigeria.

#6 The name of his father was G.K. Balogun. He passed away when he was still a baby. Consequently, the family’s responsibilities rest entirely on the mum.

#7 At a little age, he would be taken to church by his mum and taught how to be involved in God’s project.

#8 He was the smallest boy in his class, but always led prayers.

#9 He was famously called “Small Pastor” in school due to his closeness to God.

#10 His education suffered epileptic fits: Had attended six colleges in less than one year.

#12 He was also a pioneer student at the Muslim College, Ikotun, Lagos.

#13 He started his ministry with eight members in Ikotun Egbe, Lagos under a shade at the same location where the SCOAN is today.

#14 During leisure, he plays with birds in his garden. Sometimes, he eats with them, and other times, the birds would climb on him while he sleeps. He is a man of nature. He preaches that you can read God's Word anywhere to teach others but to read and live by it, you must learn to read it in nature away from all forms of distractions.

#15 During the early days of his ministry, he was actively involved in every building work of the church from digging the drainage, cleaning chairs in the church, taking Sunday school classes with little children, to serving food to the congregation. He is a humble and hardworking man.

#16 Most of TB Joshua’s messages during Sunday service at the SCOAN centers on building faith in God, and the need to love our neighbors. His favorite quote is, “We are sons and daughters of love. Let love leads.”

#17 He gives prophecies to individuals and nations, heals and delivers people from demonic influences using the name of Jesus.

#19 TB Joshua is also a Philanthropist with many around the world under scholarship sponsored by Him. Many times, he responds through the EmmanuelTV (a Christian television channel owned by SCOAN) to emergency situations around the world, e.g., Ecuador’s earthquake, the hurricane in the USA, etc.