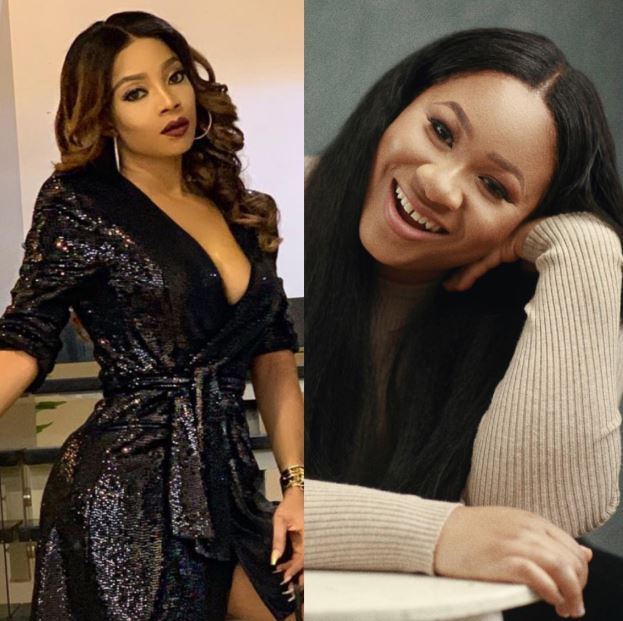 
Media personality Toke Makinwa is in a bitter feud with her interior designer, Sandra Edoho, over the expensive deteriorating furniture set up in her new multi-million naira home.

Toke purchased a home in Lagos last year and enlisted the help of interior designer, Sandra Edoho to furnish up most areas. For those who don’t know the latter, she is also the wife of former ‘Who wants to be a millionaire host’ - Frank Edoho.

Sandra handled the interior decoration for Toke’s former Lekki home a while back and the latter seemed pleased enough to enlist her services again for her new home.

How did the drama start? Weeks ago, Toke threw indirect shade on Instagram, saying it would have been better if she had imported the furniture for her home and worked with more than one interior decorator. This of course didn’t catch anyone’s attention, except those in the know who knew it was directed at Sandra.

Toke unfollowed Sandra before the rant, and the latter waited until a day after to do the same.

Weeks after, Sandra surprisingly took to social media to give quite a detailed video tour of Toke’s luxury closets and other parts of the home she designed. This of course made it seem as though they had settled whatever disagreements they had.

Turns out they haven’t. In a since deleted rant via Insta-stories, Toke claimed that Sandra did a tacky job and provided bad customer service, even though she was paid quite well. To buttress her allegations, she shared photos of some of the deteriorating furniture and a copy of a bill. 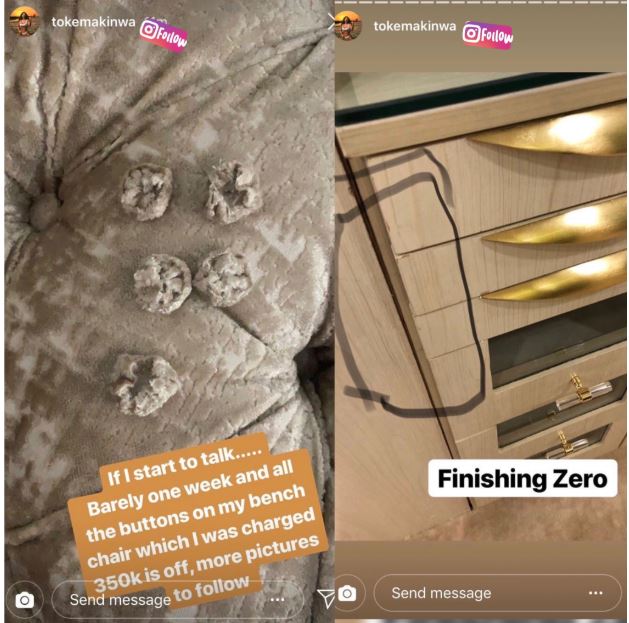