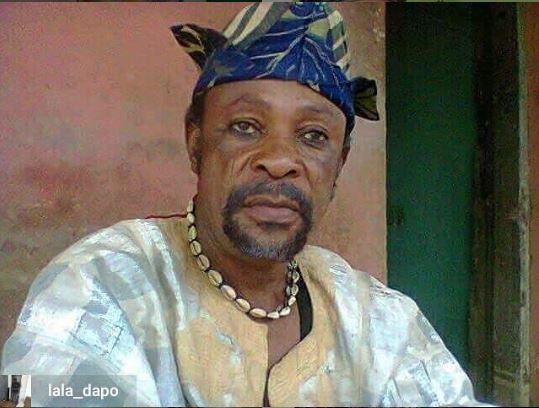 
Fasasi Olabanke, one of the respected veteran Yoruba movie stars, has died.

The actor who was popularly known as Dagunro reportedly passed away today, the 13th day of June, 2019.

Dagunro, an Osogbo-born actor, was known and hailed for his traditional roles in several epic Yoruba movies. Over the years, he won over a lot of fans who admired his work.

He wrote, 'Gone too soon boss! May your soul rest in peace. Love you boss but God loves you most. Dagunro Alajiga Ogun. RIP'. 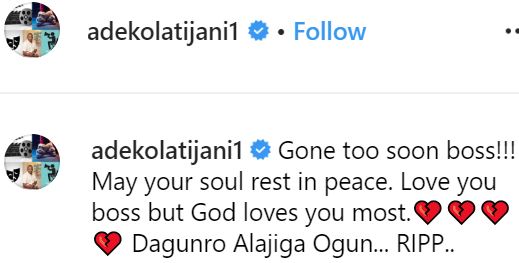 Posted by Daniel Update at 2:04 PM