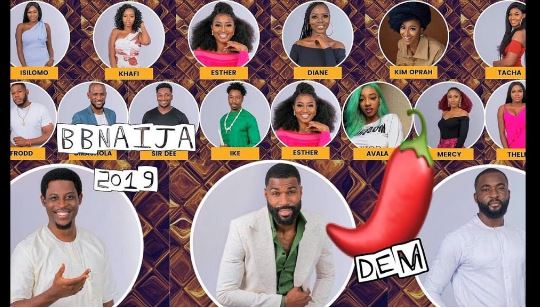 Four Big Brother Nigeria 2019 housemates are up for eviction this week.

The housemates were nominated during the live ‘nomination show’ on Monday.

Following the nomination, Mike, Jeff, Omashola, Tacha, are up for eviction this week.

Here are how housemates nominated:

The position of HoH is usually assumed by a winner of the weekly task as instructed by Biggie.
Posted by Daniel Update at 3:03 PM