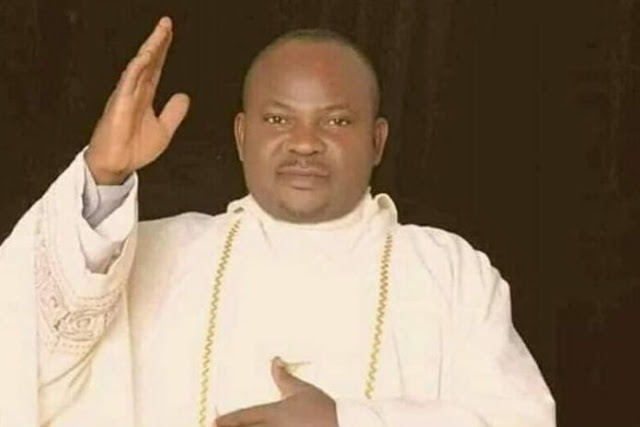 Some suspected killers of Enugu State Catholic priest, Rev Fr Paul Offu, have been reportedly arrested by the police on Saturday.

According to Punch, the number of suspects arrested could not be ascertained as of the time of filing the report.

The state Commissioner of Police, Sulieman Balarabe, who confirmed that they had made some arrests in connection with the killing of the cleric, refused to disclose the number of suspects arrested.

Offu was killed along Ihe-Agbudu Road in Awgu Local Government Area of the state on Thursday night.

Offu’s killing on Friday sparked a protest by Enugu Diocese priests, calling for the government to protect life and property in the state.

The protesters marched to the office of Governor Ifeanyi Ugwuanyi, demanding justice.

Meanwhile, Buhari has ordered a manhunt for the killers of Offu.

The Presidency, in a statement by Buhari’s Senior Special Assistant on Media and Publicity, Mr Garba Shehu, on Saturday, said the President condemned the attack and condoled with the parishioners and family of the cleric.

The statement said, “President Buhari expresses deep shock and dismay over the killing of another priest, ordering a thorough manhunt for the killers and their immediate prosecution.


“The President commiserates with government and people of Enugu State, family of Rev Fr. Offu and members of the parish and all Christians.”

It said Buhari described the killing as “barbaric and unwarranted’’, adding that his administration would step up the fight against “lawlessness and recklessness.’’

The President said, “The entire nation is shaken by the horrible assassination of this priest.


“The administration will continue to guarantee freedom of religion and protect places of worship as well as the lives of citizens wherever they live.”

The statement further said Buhari directed the security agencies to “act swiftly in their investigations and bring the perpetrators of the ‘horrific crime’ to book.”

He also urged all religious leaders to “pray for peace, healing and security of the country.’’
Posted by Daniel Update at 1:30 PM