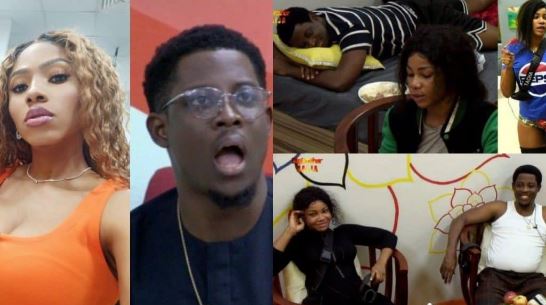 Big Brother Naija housemates, on Wednesday made shocking revelations about their past.

Some of them disclosed their dirty s*x secrets.

She addded that she had been taking care of herself, school and family since the age of 18.

“First display of anger was in primary school, stabbed a classmate with a compass. I also had s*x with one sister and took the other one to an incomplete building to finish off

Also revealing secrets, Tacha added that her first s*x was so boring and it lasted 30minute.

According to her, she “only did it out of pressure.”
Posted by Daniel Update at 8:31 AM