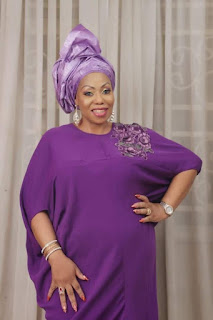 Popular Nigerian female pastor and President of Nigerian Women in Clergy, Prophetess Nonnie Roberson has been laid to rest.

The Pastor who died on April 10th was buried on Friday, September 6th 2019 in the United States of America.

Nonnie was married to an American, Joseph Roberson.

It was gathered that the remains of the pastor who died in a Nigerian hospital were flown abroad a few months after her death.

Recall that the cleric died after complaining of abdominal pain.

Nonnie Roberson was the founder of Sisterhood Africa (SHA), a closed group of over one million women, who she ministered to and counselled.
Posted by Daniel Update at 8:02 PM