‘Every man is a womanizer’ – Ghanaian dancehall singer, Shatta Wale 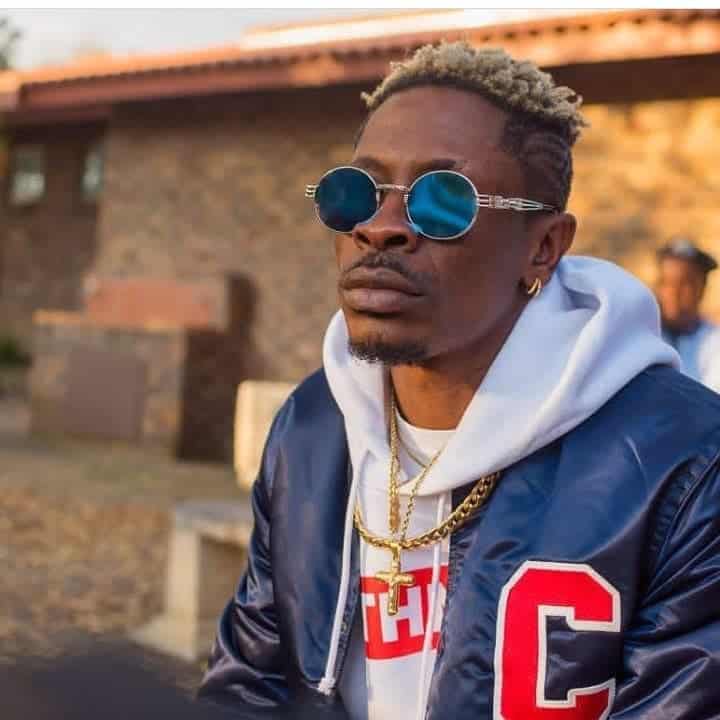 Dancehall artiste, Shatta Wale, has been throwing shots at his baby mama ever since the excerpts of her interview was aired.

Shatta Michy did not only reveal that his proposal at the reign concert was arranged, she added that Shatta Wale abused her often, even after he proposed.

Shatta Wale posted on his Snapchat and indirectly admitted that he cheats but spiced it up by saying he is the most caring ma.

He also described women that stick to their men no matter what they are subjected to as “smart women”.

See his posts below; 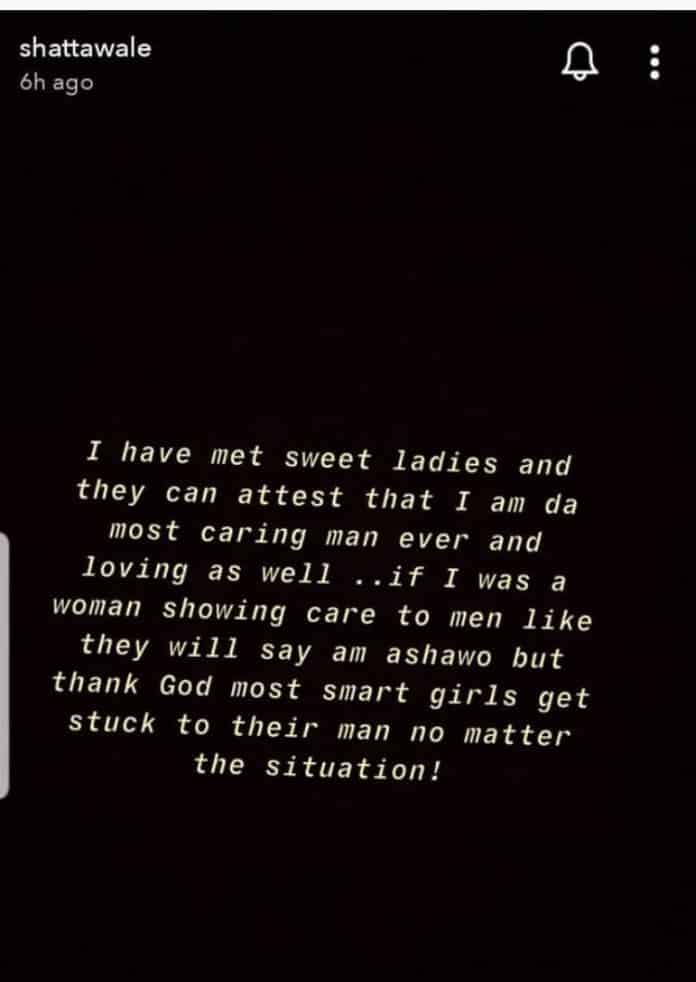 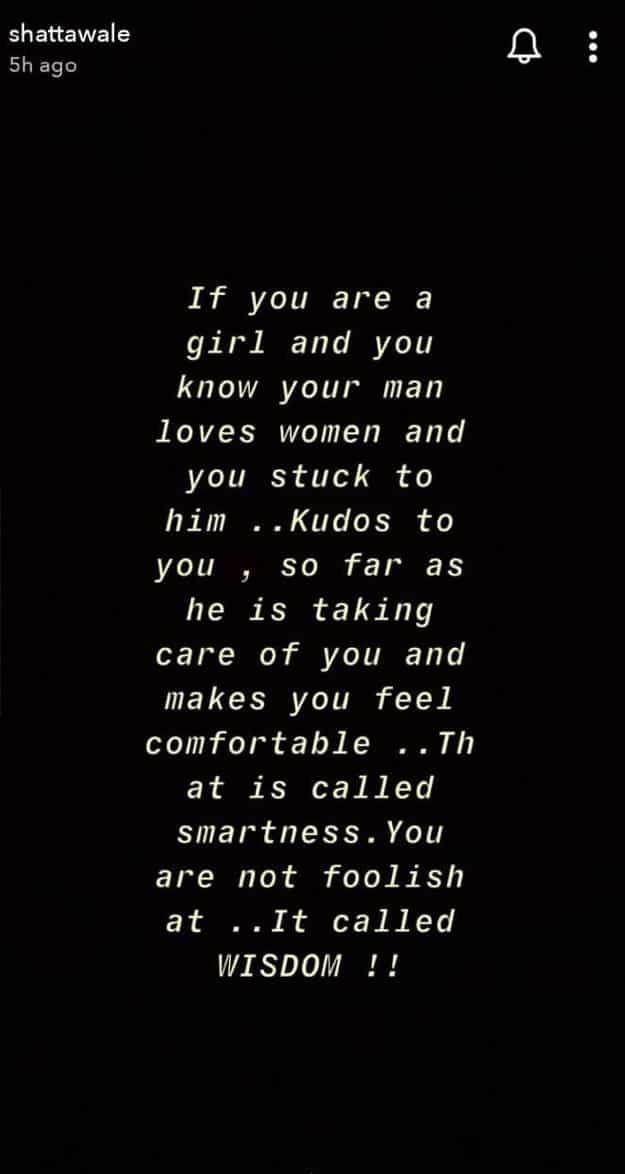 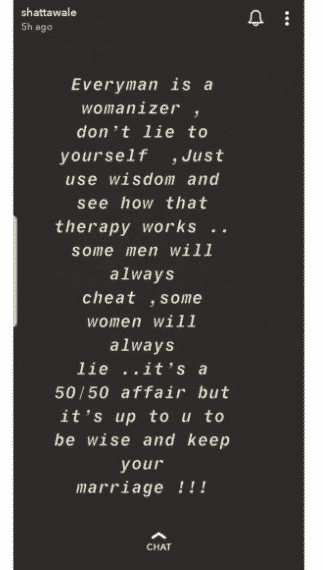 Posted by Daniel Update at 1:18 PM