'Rumours of enmity with Genevieve Nnaji is childish'- Omotola 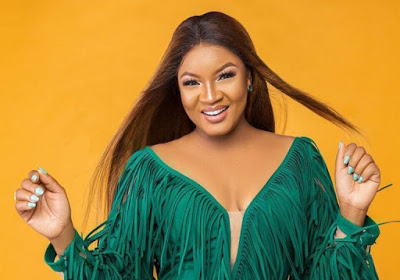 The 41-year-old made this statement while responding to a fan on Twitter on Monday who requested to see photos of the duo hanging out to prove they were not ‘sworn enemies’.

“@Realomosexy we wish to see a hangout photo of you and @GenevieveNnaji1. That will be so inspiring and darling after all these years of rumors that the two biggest female players in the industry are sworn enemies,” the fan said. 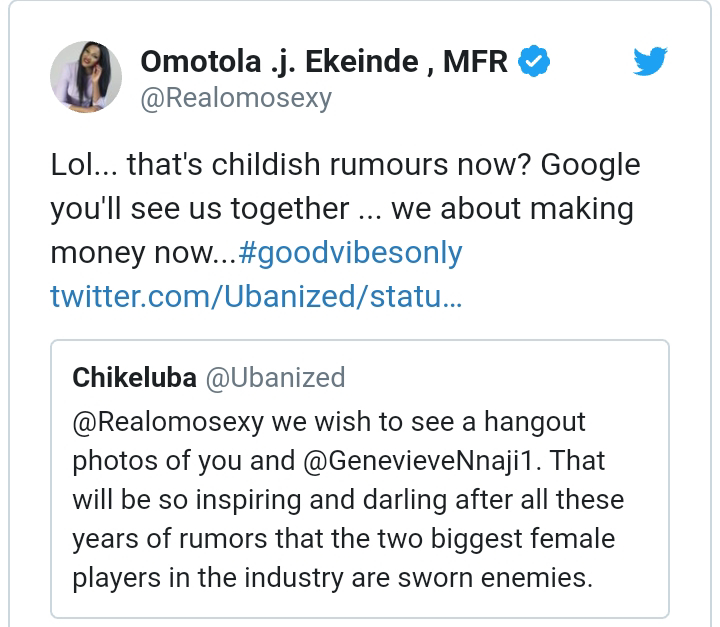 
Recall that back in May 2019, Genevieve, Omotola, Uche Jombo, Rita Dominic, Ini Edo and Stephanie Linus reunited for the movie Girls Cot.

In an interview with newsmen, Ekeinde was asked to talk about her relationship with Genevieve she said: "This is 2019 for crying out loud. I just hope that the rumors and their mongers can catch up with the times."
Posted by Daniel Update at 5:17 PM