25 Things You Should Know About Late Basketball Legend, Kobe Bryant 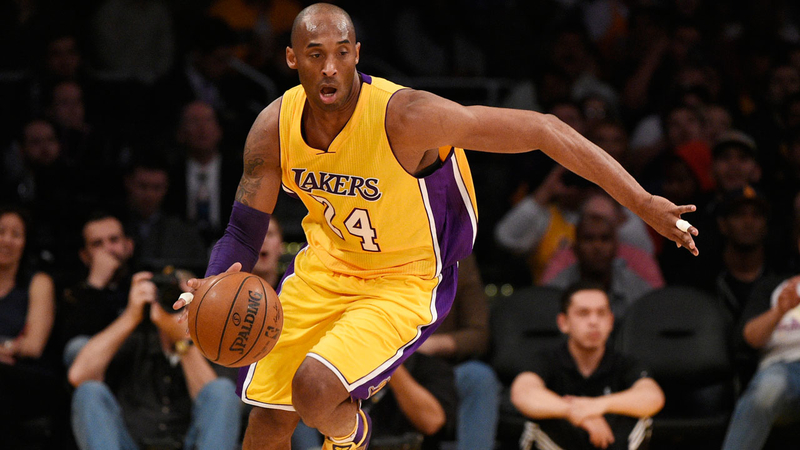 US basketball legend Kobe Bryant and his daughter Gianna were among nine people killed in a helicopter crash in the city of Calabasas, California on Sunday.

Bryant, 41, and Gianna, 13, were travelling in a private helicopter when it came down and burst into flames.

Many Nigerians have taken to the social media to mourn the late American star with only few of them knowing who he really was. Hence, we have made a list of few things to help you comprehend who the man, Kobe Bryant was.

2. Bryant was born in Philadelphia, the youngest of three children and only son of former NBA player Joe Bryant and Pamela Cox Bryant.

3. His parents named him after the famous beef of Kobe, Japan, which they saw on a restaurant menu.

4. Bryant started playing basketball when he was 3 years old, and the Lakers were his favorite team when he was growing up.

5. He married Vanessa Laine on April 18, 2001, at St. Edward the Confessor Catholic Church in Dana Point, California and they had four daughters.

6. A shooting guard, Bryant played his entire 20-season career in the National Basketball Association (NBA) with the Los Angeles Lakers.

7. He entered the NBA directly from high school and won five NBA championships.

10. Bryant was the first guard in NBA history to play at least 20 seasons.

11. Bryant was the son of former NBA player Joe Bryant.

12. He attended Lower Merion High School in Pennsylvania, where he was recognized as the top high-school basketball player in the country.

13. Upon graduation, he declared for the 1996 NBA draft and was selected by the Charlotte Hornets with the 13th overall pick; the Hornets then traded him to the Lakers.

14. As a rookie, Bryant earned himself a reputation as a high-flyer and a fan favorite by winning the 1997 Slam Dunk Contest, and he was named an All-Star by his second season. Despite a feud between the two players, Bryant and Shaquille O’Neal led the Lakers to three consecutive NBA championships from 2000 to 2002.

15. In 2003, Bryant was accused of sexual assault. The charges were dropped after the plaintiff refused to testify in court and a civil suit was settled out of court.

16. In 2006, he scored a career-high 81 points against the Toronto Raptors, the second most points scored in a single game in league history behind Wilt Chamberlain’s 100-point game in 1962.

17. Bryant was named the regular season’s MVP in 2008. After the Lakers lost in the 2008 NBA Finals, Bryant led the team to two consecutive championships in 2009 and 2010, earning the Finals MVP Award on both occasions.

18. He continued to be among the top players in the league through 2013, when he suffered a torn Achilles tendon at age 34. He recovered, but suffered season-ending injuries to his knee and shoulder in the following two seasons. Citing his physical decline, Bryant retired after the 2015–16 season.

20. He became the all-time leading scorer in Lakers franchise history on February 1, 2010, when he surpassed Jerry West.

21. During his third year in the league, Bryant was chosen to start the All-Star Game, and was selected to start that game for a record 18 consecutive appearances until his retirement.

22. His four All-Star MVP Awards are tied with Bob Pettit for the most in NBA history.

24. In 2018, he won the Academy Award for Best Animated Short Film for his film Dear Basketball.

25. Bryant died on January 26, 2020, in a helicopter crash near Calabasas, California. Eight others, including his 13-year-old daughter Gianna Bryant, were also killed.

Source: Daily Trust
Posted by Daniel Update at 9:50 AM