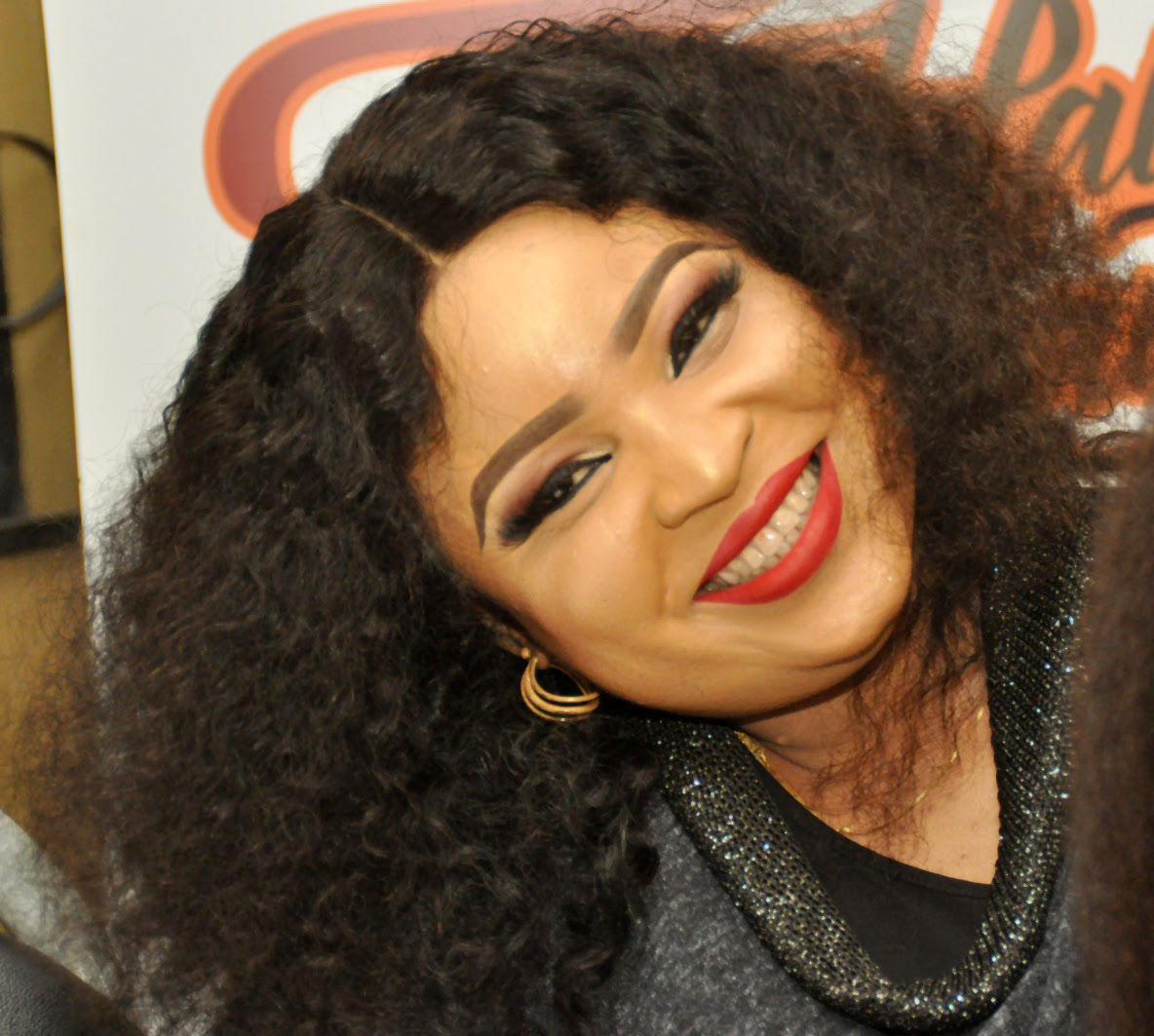 
Nollywood actress, Bimbo Afolayan has cried out on Instagram after her mother allegedly got assaulted by a landlord over a security fee.

According to Bimbo Afolayan, her mother was taking her daughter to school when she was attacked with a bottle by the landlord who lives in same neighborhood with them. 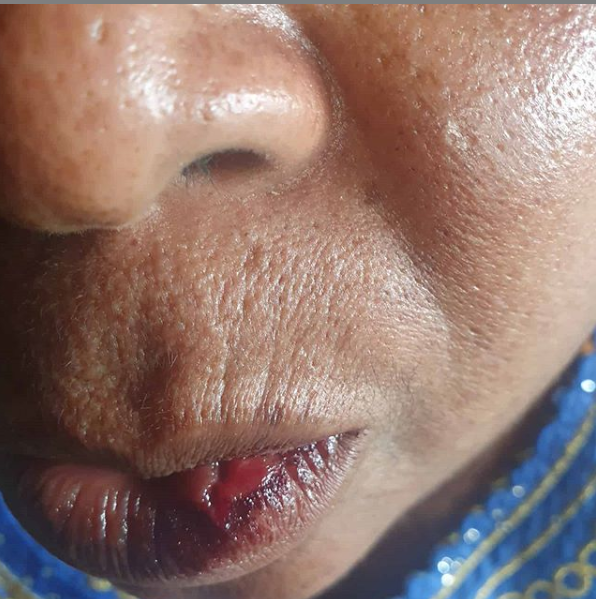 "WHAT DO WE CALL THIS MY GOD?
NOW THEY WILL SAY KEEP YOUR COOL SHE DIDNT KEEP HER COOL AND SOMETHING HAPPEN
LANDLORD TO LANDLORD !
SHE SAID SHE CAME OUT TO EXPLAIN TO HIM AND BEFORE SHE SAID ANYTHING THE MAN SAID SHE IS NOT GOING ANYWHERE !
THEY SHOULD LOCK THE GATE AND SHE SAID SHE WANTS TO DROP HER GRANDCHILD IN SCHOOL AND THE MAN STARTED !
WE ARE AT THE POLICE STATION NOW BUT THIS WONT GO !
THE MAN CANT GO LIKE THAT
EARLY MORNING BEATING MY MOM LIKE THAT OH NO !
THEY SAID DON'T TAKE LAWS INTO YOUR HANDS !
NOW I AM CRYING TO THE WHOLE WORLD !
PLS MY MUM MUST NOT FEEL THIS PAIN FOR NOTHING!"

She also claimed that upon reporting the case at Idimu Police Station, they refused taking up the case saying they can't arrest the man. 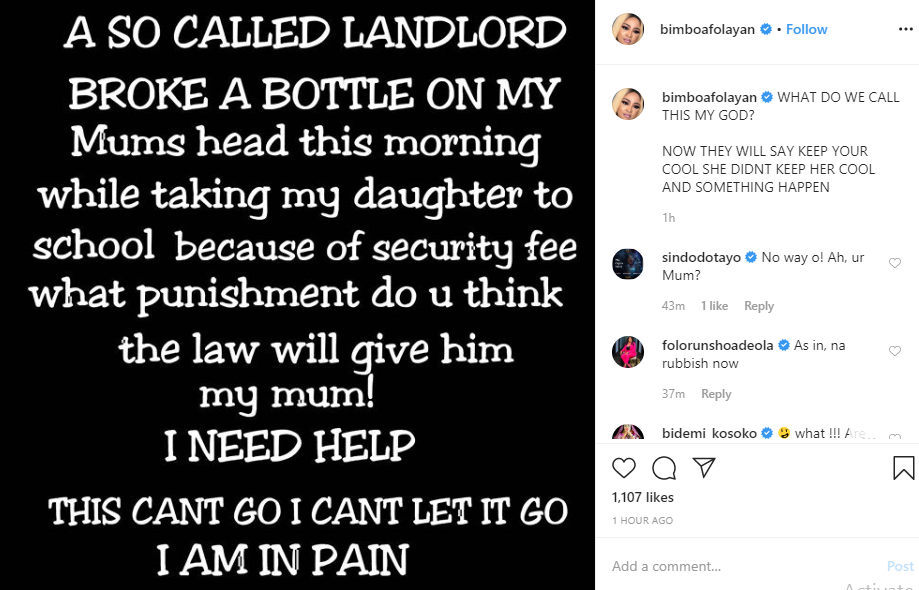 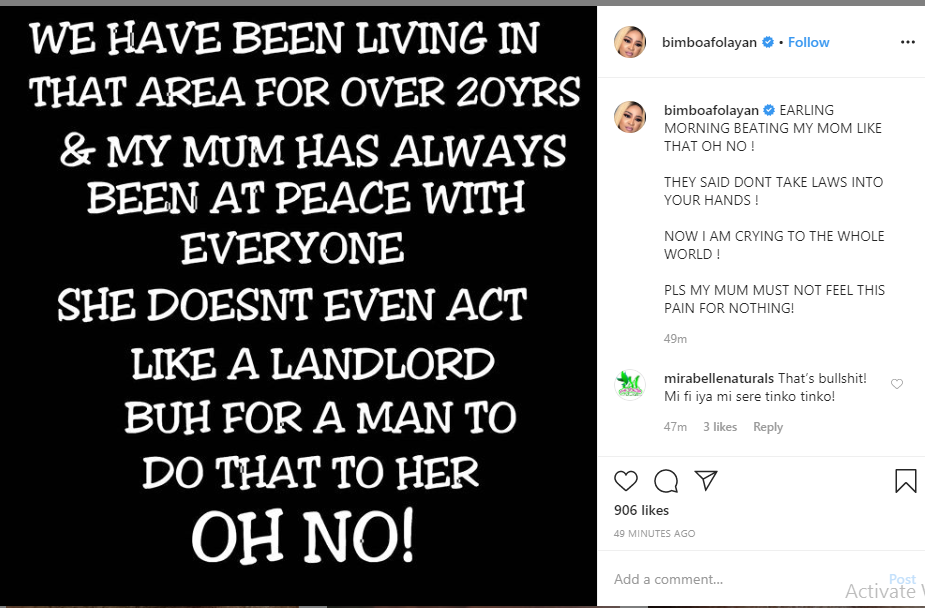 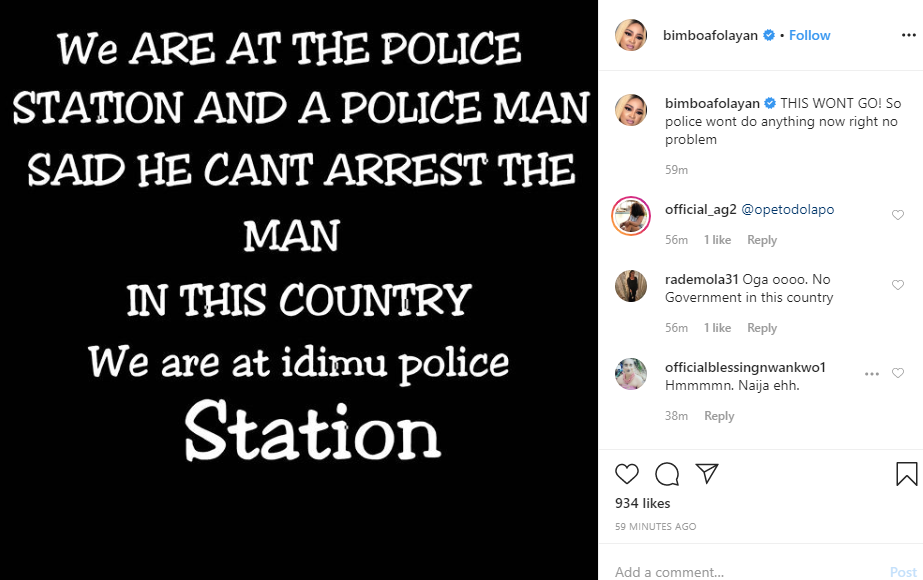 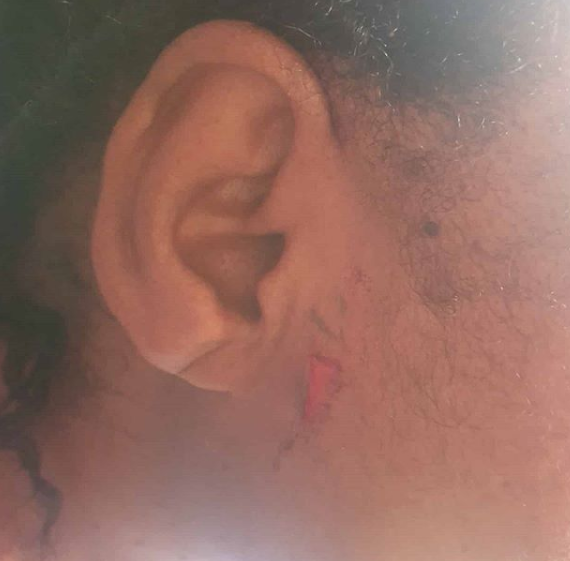