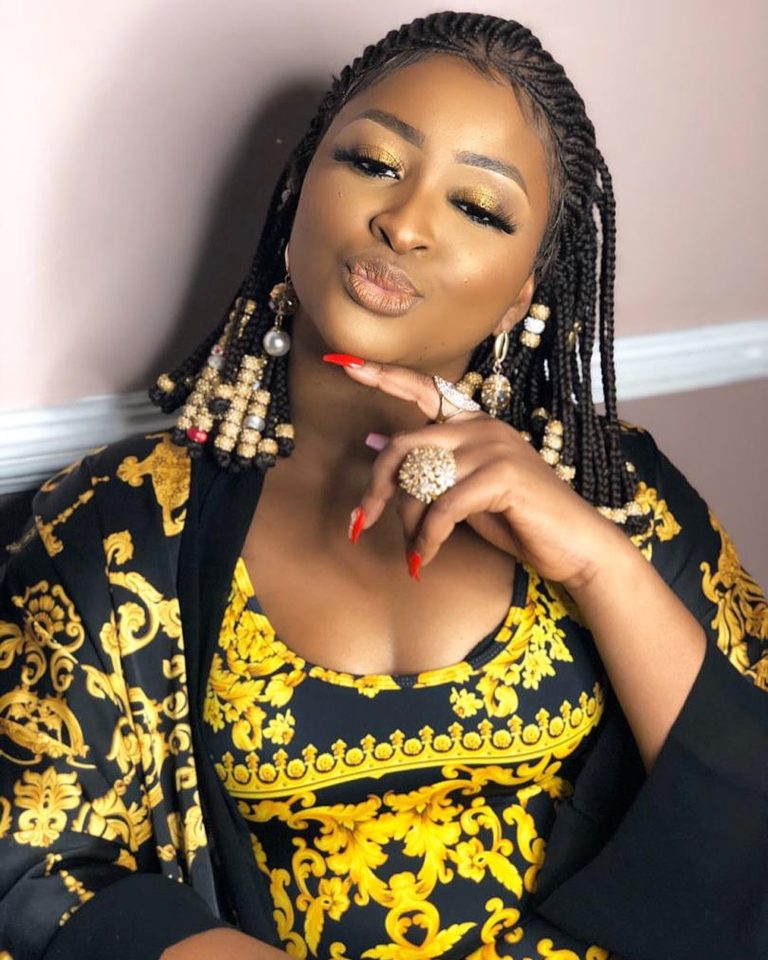 Actress Etinosa Idemudia has asked for forgiveness from Apostle Suleman of Omega Fire Ministries after accusing him in a post yesterday of having a side chick.

Recall that Apostle Suleman had delivered a sermon to his congregation warning them against skin bleaching by describing those in the practice as fraudsters.

The clergyman said; “Can I give you an advice? Don’t bleach. Bleaching is not original and anything that isn’t original has no end. Once you move from your original colour you have no end”

Well, Etinosa didn't like his message and fired back at the clergyman alleging that his side chick is also into skin bleaching.

The has now come out to plead with the man of God saying that her words were taken out of context and not directed at Apostle Suleman.

She shared as seen in the screenshot below: 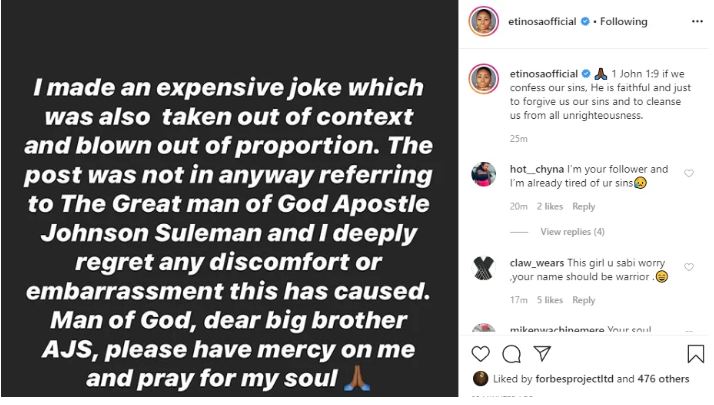 Posted by Daniel Update at 5:30 AM