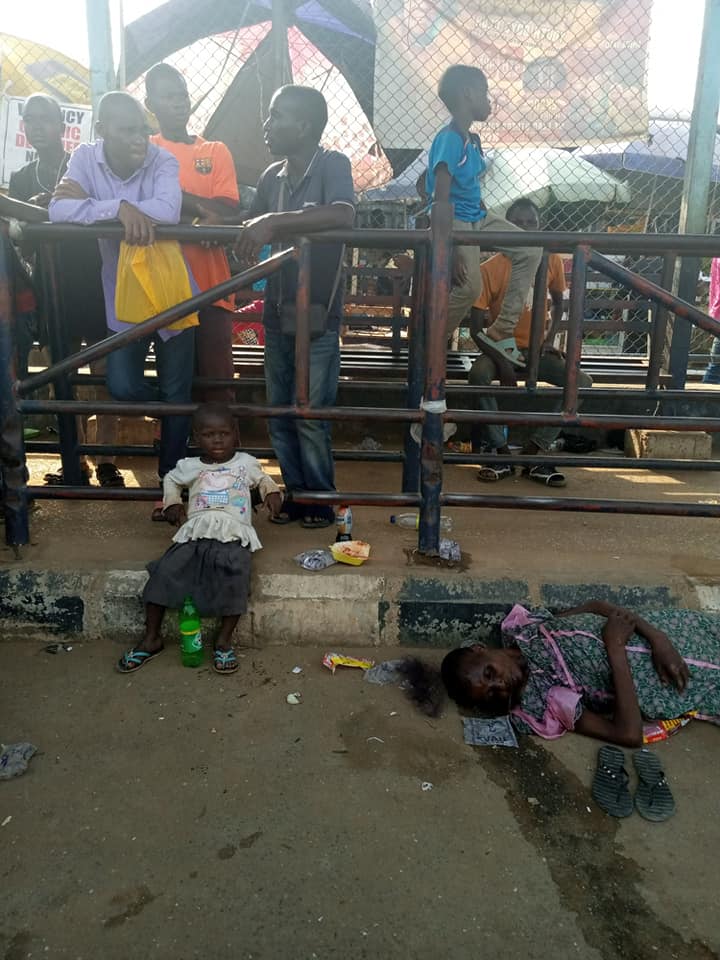 A woman identified as Funmi Ajayi reportedly has slumped and died at Ikotun BRT bus station in Lagos on Tuesday March 10.

The woman's daughter was left all alone at the scene of the sad incident.

An eyewitness, Ugochi Euphemia, shared photos on Facebook and it shows the deceased’s daughter beside her body, unaware her mother is dead.

“Pls if you know dis woman called Funmi Ajaye and her daughter, pls report immediately at Ikotun brt. She is dead and her daughter is stranded, pls share dis until it get to the family” Ugochi wrote on Facebook. 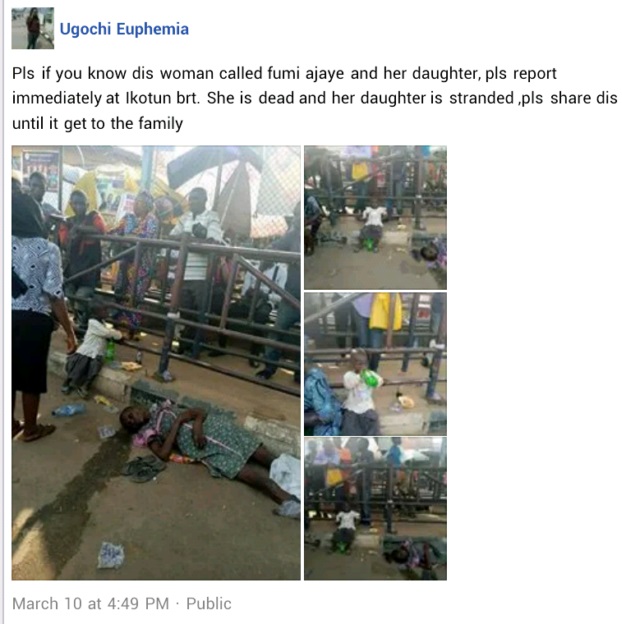