'Many Marketers Rejected My Movie, But It Got Accepted During The Pandemic' - Actress Tosin Shokoya a.k.a Sino 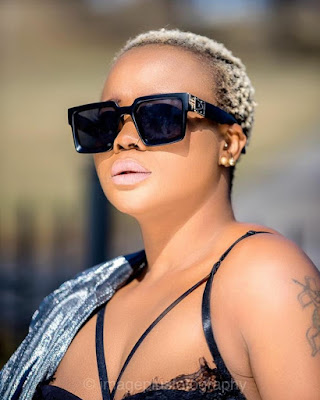 Y'all know how much I love watching movies, no matter which language it is acted in, as far as there is a subtitle, I AM iiiiin.

So, I saw a new Nollywood-America movie titled SINO on YouTube few days ago and I contacted the director of the movie to link me with the lead act, and producer to schedule a live interview on Instagram. I spoke with the beautiful and amiable brain behind the movie and.... she is humble too. Read excerpt from our Instagram live video chat below....

Tell us about yourself?
My name is Oluwatosin Shokoya a.k.a Sino, I am from Ijebu Ode in Ogun state. I was born and brought up in Ebute Metta, Lagos. I attended Lagos State Polytechnic. I have OND in Business Administration, and HND in Marketing.

Did you ever think you will become an actress when you were growing up?
I wanted to be a media person, specifically, a TV broadcaster. I used to admire Tokunbo Ajai of blessed memory. I used to sit in front of the TV every time she was on TV. I was part of a drama group in church back in Nigeria several years ago. My parents never wanted any of their kids to be an actress.  I went to one of my uncles one time to tell him to help me with acting because I was interested, he discouraged me about it because he felt I would be sexually harassed for movie roles.

So You knew at that point that acting was a no go area?
Yes, because my parent would not allow it because of the several roles we see actresses play in movies.

How did you venture into acting here in America?
I know my movie director, Mr Dele Ogundipe when I was living in Nigeria. They came to my area in New Jersey to shoot a movie one day and they needed to use my bedroom for a movie scene. He brought actress Mimiano and another actress to shoot their scenes in my apartment and I cooked for them while they were all shooting. Me and Mimiano became close afterwards and she gave me a role in her movie. After that encounter, some other people invited me for movies roles and the director advised me to join Tampan USA in order for the association members to invite me for more roles.


What prompted the story behind the movie Sino?

I called a script writer called Daniel Kosh that I wanted to produce a movie. He told me to tell him what exactly what I wanted. He wrote the script but I did not like it so I paid for the script and forgot about it. But I was still eager to do the story. A friend of mine who is also a script writer, her name is Ayo-Kosh. She sat me down and we worked together on what the story should look like and she gave me some advise and I listened to her and that was how Sino came about.

What would you advice a real life Sino?
The first stage is self realization. Being a street girl, you have to ask yourself if you want to leave the street to settle down and get married or not. With self realization, determination and prayers. you can become a better person.

After the movie Sino, what next?
(Heaves a sigh of relief and laughs) That's a big question. People are expecting more from me. I am new in the industry and there is a lot of competition in the industry. I got a lot of reviews and I told myself that I am not going to disappoint my fans.

Do you have any plan to produce another movie after Sino and how soon?
Yes. I have two major projects that I conceived and currently working on. It should be ready pretty soon. The goal is for the project to be bigger than Sino.

What are the challenges you faced before the release of Sino?
My movie was rejected by so many marketers after we finished shooting. This same movie that is being watched and reviewed today was rejected by marketers because, "There is no known faces in the movie". Whatever happened to me I take it as God's plan. Mr. Apata took the movie and said he was going to watch it and make his decision. After few days, he told me that he would take the movie. After taking the movie from me, I waited for the release date and everybody kept asking me when the movie would be released. I kept telling them soon. Then one day out of the blues, I saw the promo on ApataTV's page with a release date and I started sharing it for people to go watch it as soon as it drops. I was happy when the reviews started pouring in. It is indeed God's plan, like you said.

Who are your top 5 actors and actresses that you would like to work with?
I will like to work with actresses like, Toyin Abraham, Funke Akindele, aunty Joke Silva, aunty Jaiye Kuti and Bukunmi Oluwashina. And I am going to pick six actors, Ibrahim Yekini Itele, Lateef Adedimeji, Mr. Akin Lewis, Damola Olatunji, Femi Adebayo, Odunlade Adekola.

You can also watch the live interview before it disappears on @mercyflawlessmedia instastory on Instagram.
Posted by Funke Mercy at 8:38 PM