Court Strikes Out Resistance To Arrest Charges Against Dino Melaye 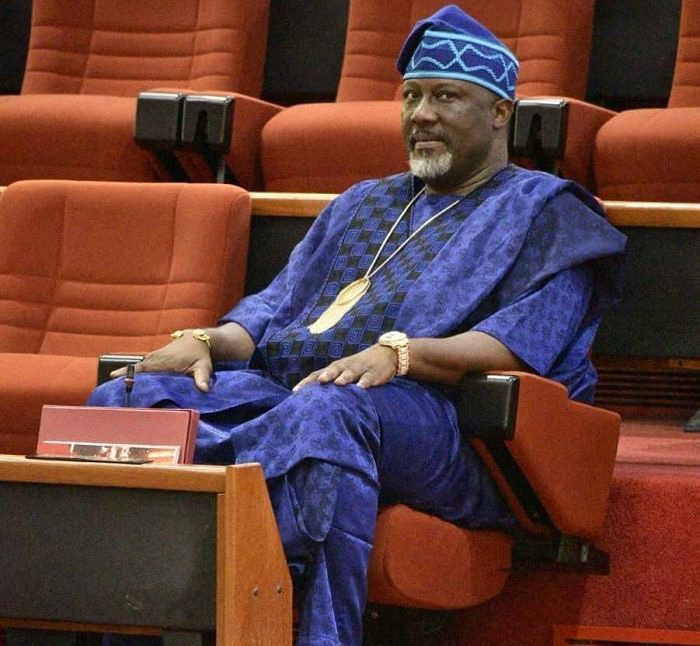 The High Court of the Federal Capital Territory in Maitama, Abuja, on Tuesday, struck out charges of resistance to arrest instituted against the immediate-past Kogi West Senator, Dino Melaye.

Justice Yusuf Halilu struck out the eight counts on the grounds of lack of diligent prosecution.

The judge made the order following the inability of the Office of the Attorney-General of the Federation to produce its sole proposed witness to testify on Tuesday.

Melaye was on January 22, 2019 arraigned before the judge by the Inspector-General on Police, who later handed over the case to the AGF office.

Melaye was arraigned on charges bordering on alleged conspiracy, resistance to arrest, failure to honour police invitation and intentionally giving false information to the public.

The police had alleged that the senator conspired with one Silas Omenka on December 28, 2018, to commit an offence of illegal obstruction to a lawful arrest, thereby committed an offence contrary to Section 97 of the Penal Code.

The prosecution alleged that Melaye intentionally resisted lawful arrest, thereby committed an offence punishable under Section 172 of the Penal Code.

He was also alleged to have intentionally tweeted, with the intention of inciting the public against the police.

The prosecution also alleged that Melaye tweeted that the Inspector-General of Police planned to arrest and inject him to death, which was false.

It alleged that this constituted an offence punishable under Section 416 of the Penal Code.

He had pleaded not guilty to the charges.
Posted by Daniel Update at 1:11 AM