Tyson Fury is not interested in paying Deontay Wilder, so he can set up a Battle of Britain unification fight with Anthony Joshua. 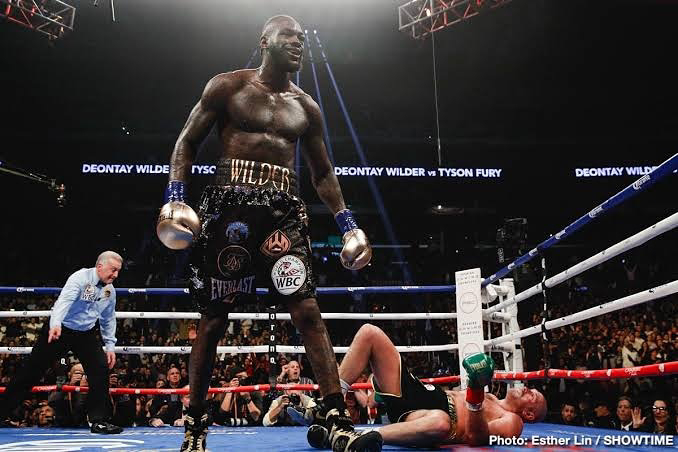 Fury defeated Wilder during their rematch in February, after the American’s corner threw in the towel during the seventh round in Las Vegas.

With a trilogy in place, the Gypsy King is adamant that he will “take Wilder’s scalp again”, before facing Joshua in one of boxing’s most anticipated fights in recent years.

During an Instagram Live session with former The Only Way Is Essex star Mark Wright, Fury also revealed that he plans on facing Joshua twice after Wilder.

“We’ve got the rematch with Wilder on at some point as well, then we’ve got the two AJ fights.

“Well, one, and then obviously when I batter him he’ll want a rematch.”
Posted by Daniel Update at 3:14 PM