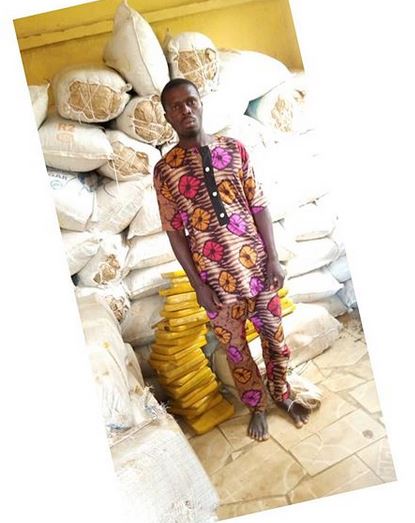 It is reported that he was arrested on 7th August, 2020, upon information received by the Officer-in-Charge of Zonal Monitoring Unit, SP. Uba Adams, that some criminal elements were smuggling arms and ammunition into the country through Imeko border.

The police swung into action and moved to Ibara Orile via Okedi village along Abeokuta-Imeko Road, where they laid ambush.

Following tip-off from spies, the smugglers changed their route and decided to converge elsewhere and await the truck arranged to convey the smuggled items to their supposed destination in a border village between Ogun and Oyo States.

Their hideout was uncovered and the smugglers escaped except Ishola who was arrested. 100 bags of substances suspected to be weed and 10 motorcycles used for conveyance were recovered from him.