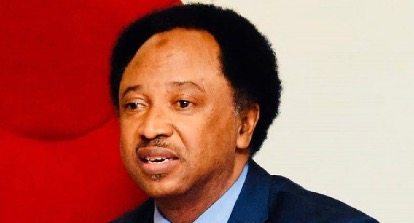 Shehu Sani, former Kaduna State lawmaker has reacted to the increase in the penalty for hate speech by the Nigerian government.


The Minister of Information and Culture, Alhaji Lai Mohammed, on Tuesday, reviewed the penalty for hate speech in Nigeria.


Mohammed at the unveiling ceremony of the reviewed Nigeria Broadcasting Code organized by the National Broadcasting Commission (NBC) in Lagos said the penalty for hate speech has increased from N500,000 to N5 million.


Reacting, Sani on his Twitter handle, described the new penalty as a means for the Buhari government to gain revenue, describing it as the new ‘oil revenue’


His tweet read: “ With N5 million as fine for hate speech, we have discovered an alternative to oil revenue.“


Meanwhile, Socio-Economic Rights and Accountability Project (SERAP) has called for immediate reversal of the new penalty.


SERAP described the increment as Unconstitutional and illegal.
Posted by Daniel Update at 11:29 PM