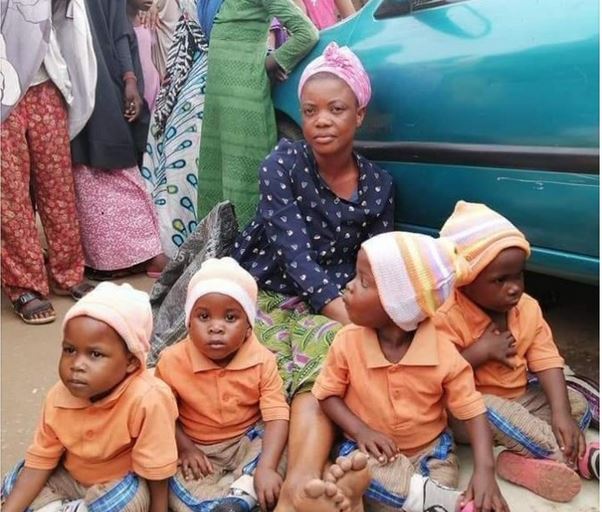 The woman and the kids

A woman who went viral when she was pictured begging with a set of quadruplet has been accused of duping people after she disappeared when concerned Nigerians asked her to present the children's birth certificate.

When the woman and the kids' photo went viral, Nigerians were willing to help. The woman was queried and she said the quadruplet are hers.


She was asked to present their birth certificate as proof so people can feel confident helping her.

The woman who was found begging in Benue state said she needed to go to Onitsha for the certificate.

However, her phone has been switched off since then. Meanwhile, it's been alleged that she's also been seen begging with the children in Port Harcourt.

The woman's photo was shared to warn Nigerians as it was alleged that there are a group of scammers who rent people's children to beg for alms with them, after which they give a certain percentage to the biological parents of the kids.

Read the thread shared to warn Nigerians below; 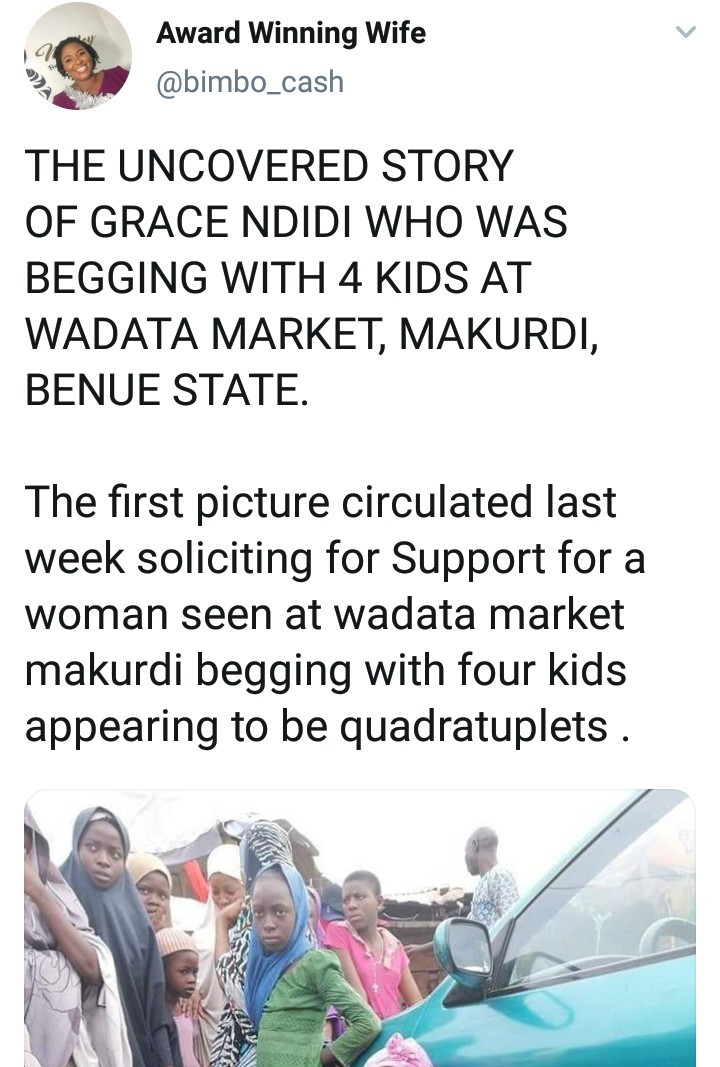 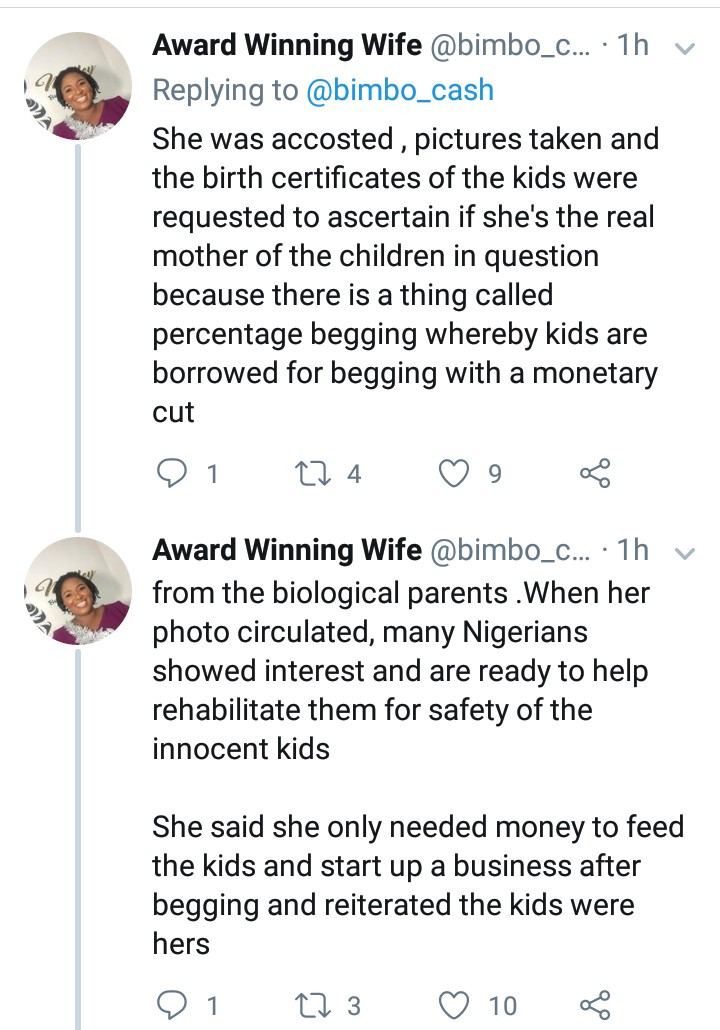 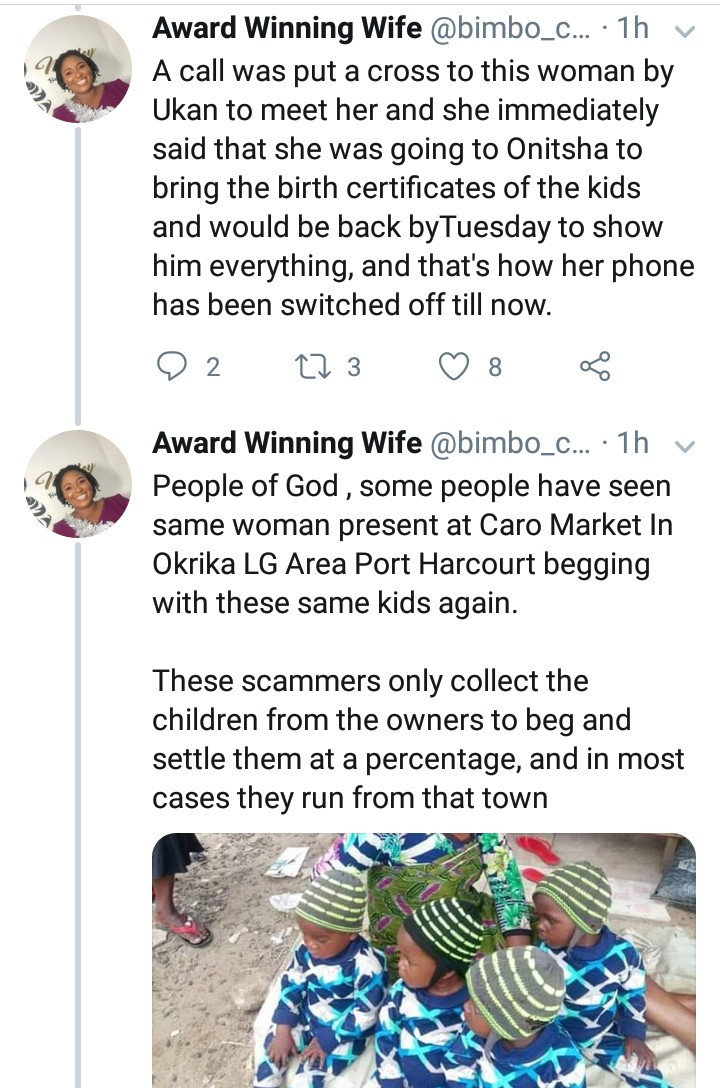