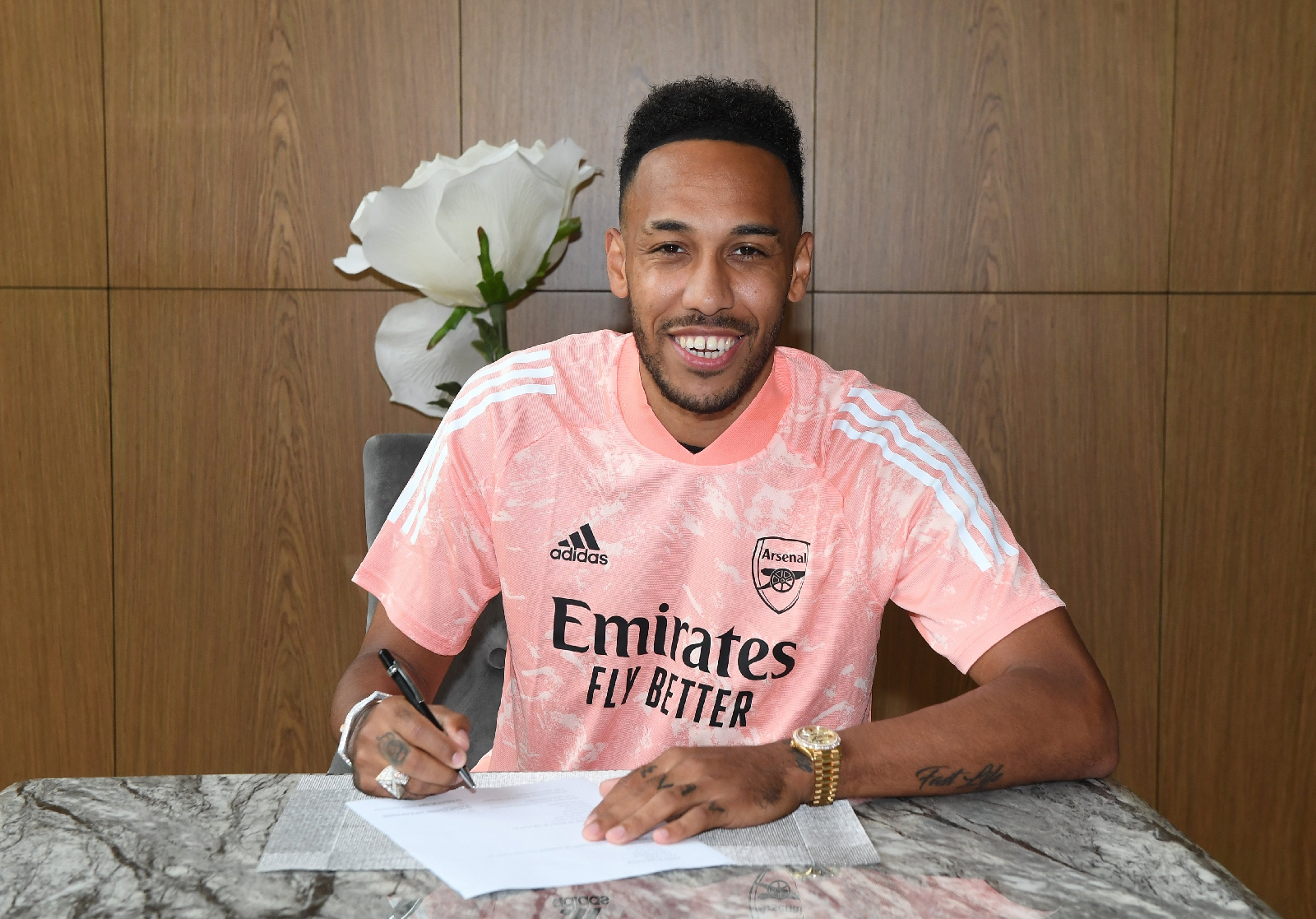 Arsenal F.C captain and Gabonese international, Pierre-Emerick Aubameyang has finally put an end to his contract saga after he finally signed a 3years contract yesterday.
In a statement released by the club, "Having put pen to paper on his new deal, our 31-year-old captain wanted to break the news on Arsenal.com and on social media by telling fans LIVE that he was staying, with the ambition to lift more trophies and leave a long-term legacy."


The Gabonese have been long-embattled in a contract saga with the club as several rumors hinted he was on his way out of the club he signed for in January 2018.
The captain also had warm words for the fans who had been earnestly pleading for him to sign the contract.
In his words, “Signing for this special club was never in doubt," Auba said. "It’s thanks to our fans, my team-mates, my family, and everybody at this club that I feel like I belong here. I believe in Arsenal. We can achieve big things together. We have something exciting here and I believe the best is to come for Arsenal.”