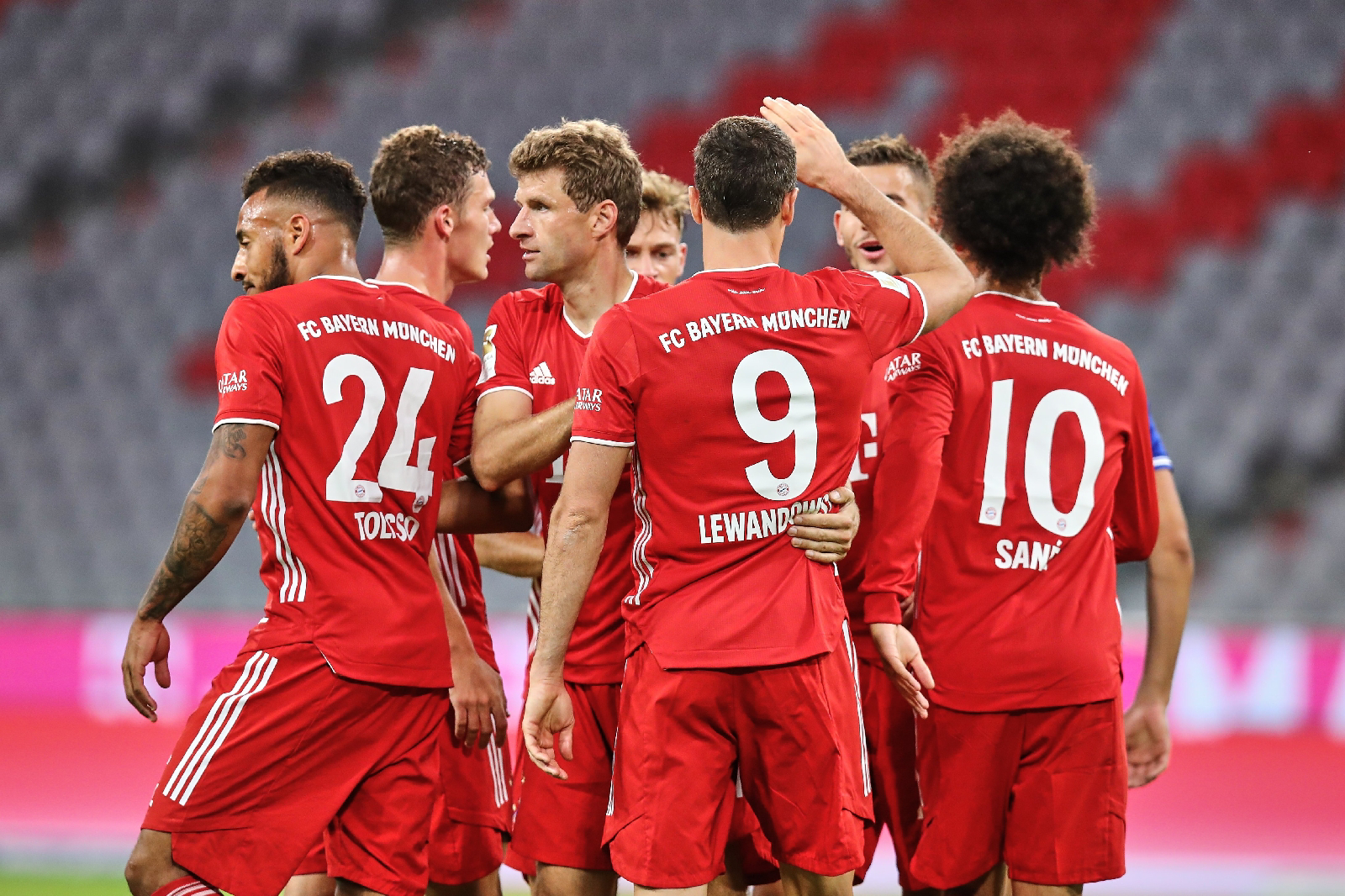 German and Bundesliga champions, F.C Bayern Munich have begin their title defence in style as the new season got underway tonight.

They opened the campaign against Schalke 04 at their home ground, Allianz Arena and they wasted no time in showing their UCL winning feat was not a joke.

It took no less than five minutes for star midfielder, Serge Gnarby to find the opener after he latched on to a beautiful pass from Joshua Kimmich to execute a tidy finish into the top left corner of the post.

Leon Goretzka added the second for Bayern, fifteen minutes later as last season Bundesliga highest assists provider, Thomas Muller got his first assist in what he would be hoping to be the first of many this season again.

Star striker and last season highest goal scorer Robert Lewandowski also got himself on the score-sheet from the penalty spot.

New signing, Leroy Sane also showed why he's the perfect heir to the number 10 jersey left behind by former Bayern Dutch winger, Arjen Robben as he also helped himself to a debut goal and two assists.

The match eventually ended 8-0 in favor of Bayern Munich with youngster Musiala also getting his debut goal alongside goals from Thomas Muller and a Serge Gnarby hatrick.
Posted by Asiwaju Cephas at 6:29 PM