Popular Human rights activist and former Presidential candidate, Omoyele Sowore,  has called out Nigerian Afrobeat superstar, Burna Boy to join the #RevolutionNow protest to hold on the 1st of October.
In a tweet on his official handle, Sowore wrote:
"Hello @burnaboy, everywhere I turn people describe you as a revolutionary musician, the foreign media even celebrate you compare you to Fela Kuti, but I am yet to see you lead anyone to a police station carrying a coffin for head of state! Join #Oct1stProtest #RevolutionNow"
Reacting to the invitation to join the protest, Burna Boy said everyone is now a Fela fan and that he has no trust in Nigerian politicians. 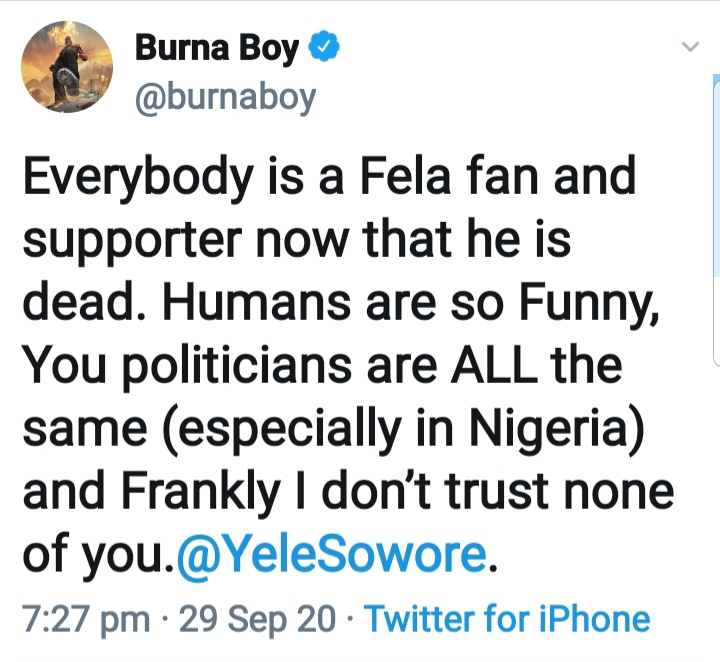 The tweets generated a lot of reactions from Nigerians as some are willing to protest all across Nigeria tomorrow while others remain indifferent to Sowore's vision.
Posted by Asiwaju Cephas at 9:16 AM