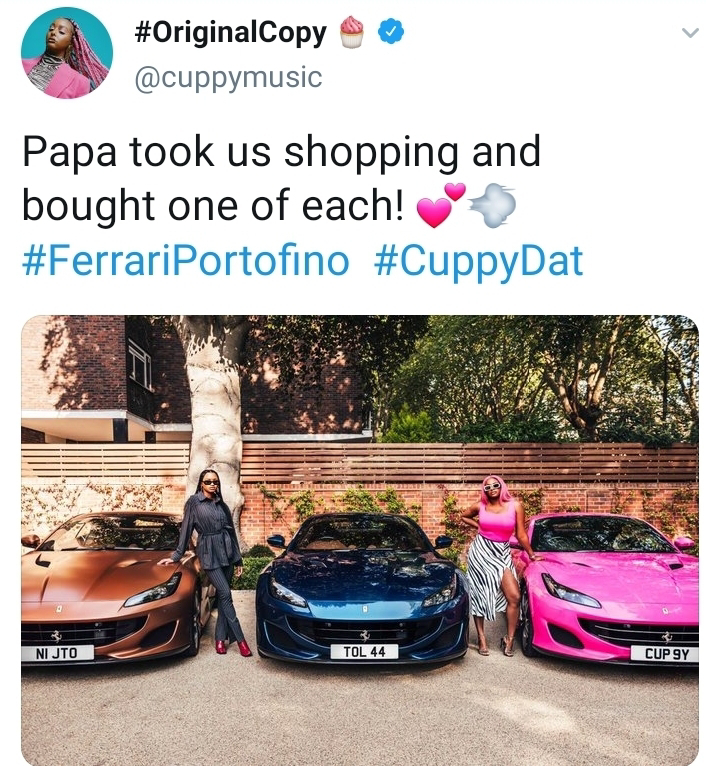 Dj Cuppy literally had the whole Nigerian social media space focused on herself and her billionaire dad after she released the pictures of the new cars on her Twitter account.

She captioned it "Papa took us shopping and bought one of each!"

Nigerians wasted no time in showing their reactions and even went to the length of revealing the prices of the newly acquired cars. According to the latest Car and Driver price, review the three cars would have cost Femi Otedola nothing less than $656,250.

DJ Cuppy surely would remain the talk of the town even as the days roll by. Recall that she recently just released her debut album "Original Copy" and also modeled Premier league giants, Manchester United third jersey for the new season.
Posted by Asiwaju Cephas at 5:03 PM