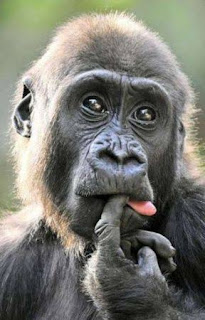 Sexual abuse has gone beyond what we can now blame the women for. It is no longer  a case of seduction, or sexual advances.

Not to sound like an Anti-feminist, but with the incessant reports on sexual violence making the news, don’t you think its high time relevant agencies, stakeholders, and necessary bodies take an ardent look at the issue of rape allegations and sex scandals. From one end we could ascertain that the loudest voices go mute and the keyboard warriors on social media seize their weapons when it comes to dealing with such issues and tables get turned.

Controversial situations involving a man sexually abusing a woman will go viral and thereafter diverse calls for retribution and justice would follow; An unending uproar on social media. May we recall the Maryam Sanda story? Social media activists had little to nothing to say.

Not to stray from my initial dismay…

“Why is sexual abuse always the story?”

Is it that male celebrities, stars, politicians and public figures become sex-starved when they get into power and then decide to go about rough handling ladies, women, and children?

Why is sexual abuse always the story?

Is it that they lose all regard for their wives, children, and extended families and their positions suddenly cause them to be sex-crazed?

Why is sexual abuse always the story?

Are the reports of these alleged victims scripted? Are their actions premeditated?

Its appalling to see ‘responsible’ family men caught up in tangled webs of rape allegations and “He touched me”. Social media feeds on stories like this, nailing the men to the cross without thorough investigation of what went on “behind the scenes”. On a scale of hundred(100), 80% of  blackmails and backlashes are sourced from ‘sex ‘ stories and the rest probably money laundering and battery.

We aren’t excusing the ‘Sex for grades’, ‘Sex for favours’, and the ‘Sex for job opportunity’ lots, but the feminist community which seeks for equality, should also seek for proportional balance. Stand up for the men as well. The stories are becoming too ridiculous.

Obesere, African China, Timaya, Chris Brown and countless more have all been roped in one way or another. Not exonerating the men, far from it, but when a particular offence becomes the only form of defence, a closer look and proper investigation is supposed to be set to play.

Email ThisBlogThis!Share to TwitterShare to FacebookShare to Pinterest
Labels: Articles