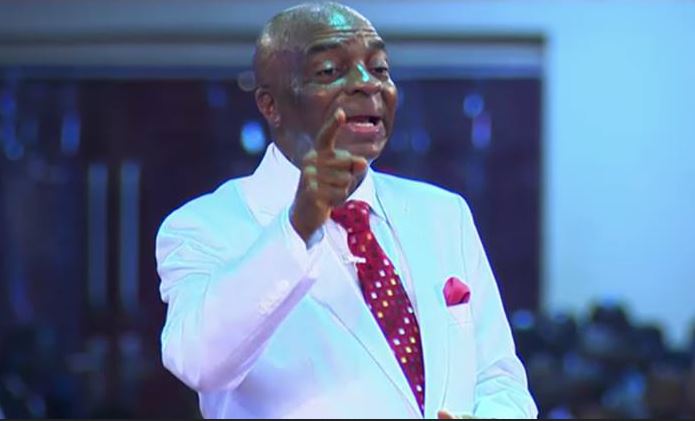 The pastor warned against the shooting of youths protesting against police brutality, extrajudicial killings, and extortion in the country.

He explained that the youths have good justifications to protest, adding that killing them during the protest “is a sacrilege”.

He described the regime of the President, Major General Muhammadu Buhari (retd.), as the most “gruesome” in the history of the country.

Oyedepo spoke during the second service of the church, monitored by our correspondent, on Sunday.

He said, “Every man has a right, legitimately so, to express his displeasure and pains. Everybody has it.

“I kept quiet for a while because in 2015 I warned this nation, vehemently, consistently… because I saw the dangers ahead and you can tell.

“The most gruesome season in the life of this nation is in the last five years, where lives have no value, wanton killings here and there.

“Now, they have faced the youths; and because they don’t know who is next, they have a right to say enough is enough.

“Any system that has no value for human lives is irrelevant, if they are killed when they were youths, will they be here today?

“Now, it would be a sacrilege to shoot the protesters who are not looting, who are not ravaging.

“When you push a goat to the wall then you will know that goats have teeth to bite.

“It is a sacrilege to kill youths during a protest, this protest is legitimate.”

The PUNCH reports that #EndSARS protests continued on Saturday as economic activities were paralysed in some places across the country, including Lagos, Abuja, and Enugu.

For instance, hundreds of protesters barricaded the Kubwa-Zuba Expressway in Abuja, grinding traffic to a halt.

While some of the campaigners blocked the Kubwa section of the expansive highway, close to the NNPC Junction, others were said to have also blocked off the Gwarimpa section, causing gridlock in the area.

Human and vehicular movements were also grounded on Saturday on major roads in Nsukka town, Nsukka Local Government Area of Enugu State, as a result of the #EndSARS protest.

Also in Benin, Edo State capital, on Saturday, there was gridlock in areas such as Ugbowo, Ramat Park at Ikpoba Hill and Agbor Park.

Posted by Daniel Update at 4:04 PM