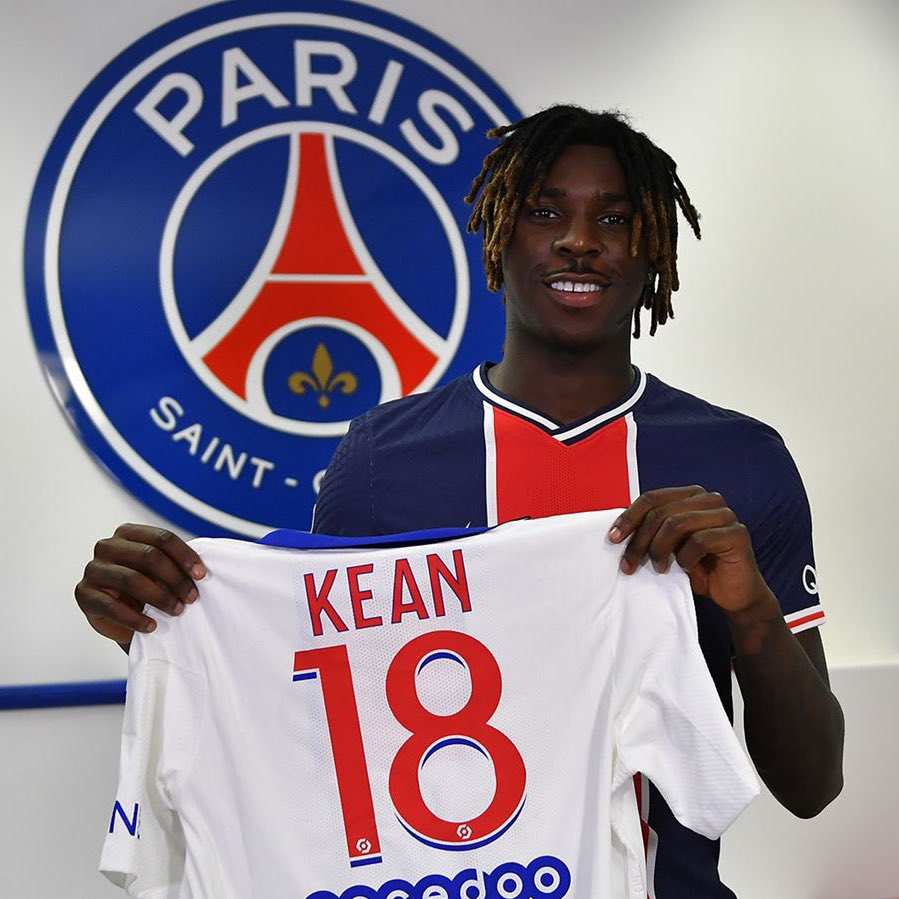 Everton and Italian striker, Moise Kean will spend the remainder of the 2020/2021 season at French capital, Paris Saint Germain, his club has announced.
The 20-year-old had found it difficult to break into the starting eleven at Goodison park as his appearances had been limited to just cup games.
According to a statement from the club,
"Everton striker Moise Kean will spend 2020/21 with Paris Saint-Germain after completing a season-long loan move to the French champions."
Posted by Asiwaju Cephas at 8:41 PM