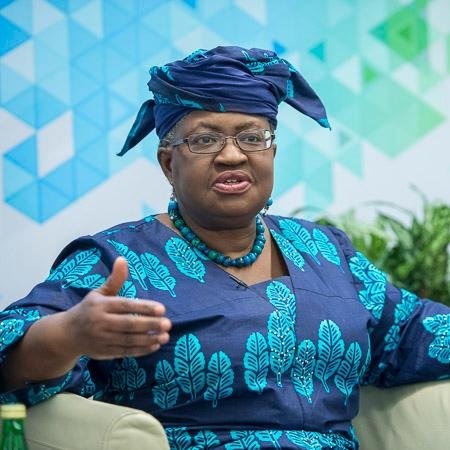 Nigeria's former finance Minister, Dr. Ngozi Okonjo-Iweala is on the verge of becoming the first female DG of the World Trade Organization.
This was after she was confirmed alongside South Korean Trade Minister Yoo Myung-hee as the last two candidates to make it through to the final run-off.
The former Director-General, Roberto Azevedo stepped down in August and since then the search for his replacement had begun with eight names being initially shortlisted for the role.
"Ngozi Okonjo-Iweala of Nigeria and Korean minister Yoo Myung-hee will advance to the third and final stage,” WTO spokesman Keith Rockwell told reporters at the global trade body’s headquarters in Geneva.
Dr. Okonjo-Iweala has served as Nigeria's former Finance and Foreign Affairs minister not forgetting to mention her 25 years career with the World Bank which saw her rose to the Number 2 position of Managing Director.
Posted by Asiwaju Cephas at 2:52 AM