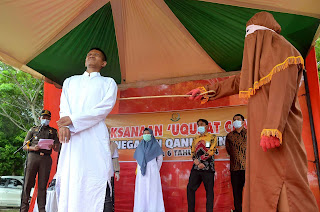 A child rapist collapsed after he was flogged 146 times with a cane during a public whipping in Aceh, Indonesia.


The 19-year-old sex attacker was arrested earlier this year on charges of molesting and molesting a minor. He was sentenced to 146 lashes, a serious punishment reserved for the most heinous of criminals in the country

During the whipping, which took place this week, the man pleaded for the punishment to stop and was briefly treated by a medic before the flogging restarted, the Mail Online reported.

He later collapsed after receiving his punishment.

Ivan Nanhhar Alavi, an official from the East Aceh prosecutor's office, told reporters that "the maximum sentence is meant to be a deterrent."

Aceh is the only region in Indonesia that imposes Sharia law, with 98 percent of its five million residents being Muslim. It adopted the Islamic law after being granted a degree of autonomy from the national government in 2001, according to local reports. 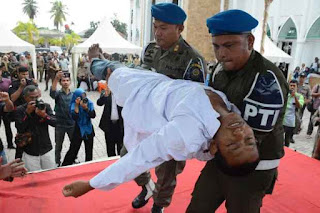 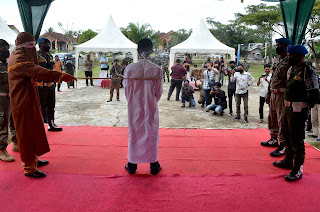 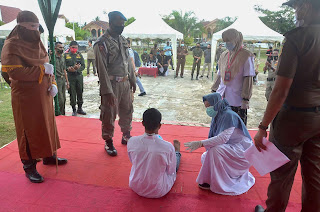 Posted by Daniel Update at 6:06 PM