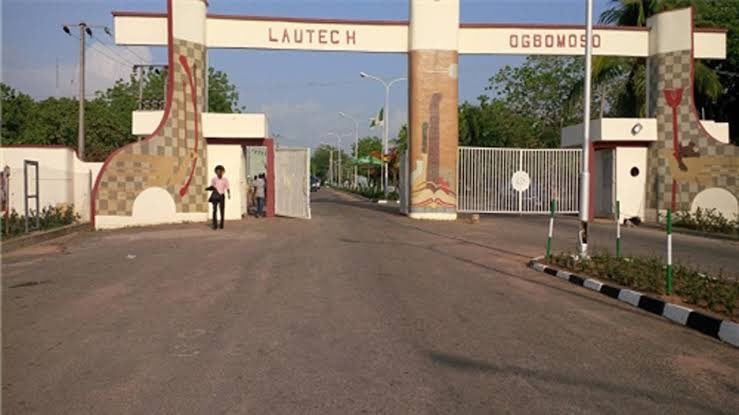 The long standing battle between the the Oyo and Osun states government over the ownership of Ladoke Akintola University of Technology (LAUTECH), Ogbmosho has finally been laid to rest today.
The National Universities Commission (NUC) today in a media briefing announced that it has ceded the ownership of LAUTECH to the Seyi Makinde led administration of Oyo state.
The College of Health Sciences in Osogbo would however be under the direct control of the Osun state government alone.
According to the Executive Secretary of the National Universities Commission Professor Abubakar Rasheed, both governors signed a memorandum of agreement to the development.
In his words, "It is gratifying to note that after extensive deliberations, negotiations and consultations, both owner states mutually agreed terms and the joint ownership of LAUTECH was formally dissolved.
"The mutually agreed dissolution was formalized through the signing of a memorandum of agreement by the Executive Governors of Oyo and Osun States witnessed by the Attorneys-General of both States, giving legal effect to the transfer of ownership of Ladoke Akintola University of Technology (LAUTECH) to the Government of Oyo State and the College of Health Sciences, Osogbo to the government of Osun State.
"In response to renewed appeals and calls by various stakeholders for further intervention by the National Universities Commission, including a meeting with the Governor of Oyo State, a Tripartite Committee, comprising representatives of Osun and Oyo States chaired by the NUC Deputy Executive Secretary (Academics), was constituted to interface with stakeholders towards finding a lasting solution to the seemingly intractable crisis.

“The Tripartite Committee commenced its assignment on 15h March 2020. It paid courtesy visits and held extensive meetings and interactions with the Governors of Osun and Oyo States and other stakeholders, including the Management and staff of the Institution as well as staff Unions.

"The National Universities Commission wishes to commend and express its profound gratitude to the Executive Governor of Osun State His Excellency Adegboyega Oyetola and His Excellency Governor Seyi Makinde of Oyo State for their exemplary statesmanship, leadership and tremendous sacrifice by putting the interest of LAUTECH and its over 30,000 students above political and other considerations", he added.

Posted by Asiwaju Cephas at 1:17 PM