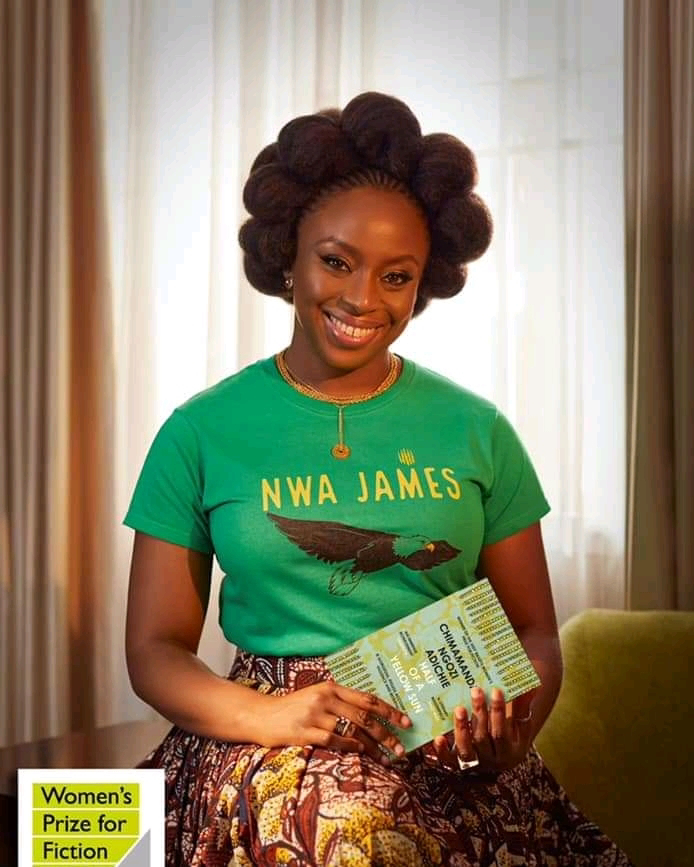 Nigeria's writer Chimamanda Ngozi Adichie has been awarded the Women's Prize for Fiction 'Winner of Winners' for her novel Half of A Yellow Sun.
The one-off award was in celebration of the 25th year anniversary of the award.
Chimamanda emerged as the winner after a selection process by members of the public from a list which featured stellar names like Zadie Smith, the late Andrea Levy, Lionel Shriver, Ali Smith, Rose Tremain and Maggie O’Farrell, amongst others.
Chimamanda, who is currently in Lagos, Nigeria, said: ‘I’m especially moved to be voted ‘Winner of Winners’ because this is the Prize that first brought a wide readership to my work and has also introduced me to the work of many talented writers.’
She would be presented with a silver edition of the Prize’s annual statuette, known as the ‘Bessie’, which was originally created and donated by the artist Grizel Niven as part of the gift of an anonymous donor.
Posted by Asiwaju Cephas at 12:40 AM