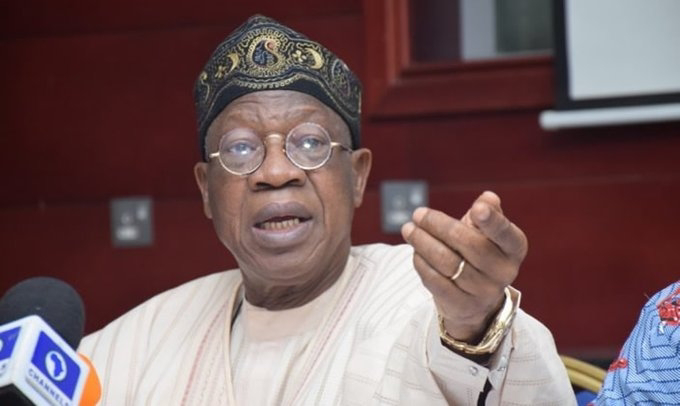 The Honourable Minister for Information and Culture,  Lai Mohammed has labeled popular disc jockey, Obianuju Catherine Udeh popularly known as DJ Switch as a fraud in the role she played during the Lekki Tollgate incident.
He made this allegations today during a press conference which was conveyed to respond to the video released by CNN yesterday which detailed how citizens were killed by the military.
According to Lai Mohammed, DJ Switch has been purveying fake news which has tarnished the image of the country.
In his words, "One of the purveyors of fake news was one DJ Switch which real name is Obianuju Catherine Udeh, even though she claimed authentic evidence of mass killings. Surprisingly, instead of presenting whatever evidence she may have, she chose to escape from the country on the claim that her life was in danger. In danger for who?"

"Her conduct thus becomes suspect. Who is she fronting for? What is her real motive? Who are her sponsors? If she has any evidence, why is she not presenting such evidence to the panel? Since she was very desperate for asylum in any country, did she have to resort to blatant falsehood to tarnish the image of the country?

“In the fullness of time, this lady will be exposed for who she is, a fraud, a front for divisive and destructive forces," he added.