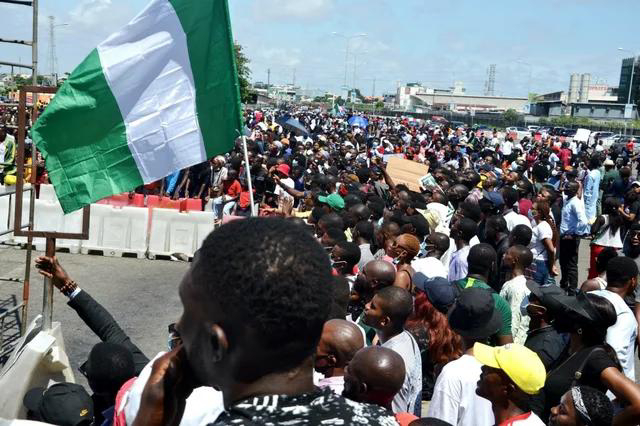 The Citizens Against Fake Activists (CAFA) has backed the Federal Government’s move to prosecute sponsors and promoters of violence during the End SARS protests.
CAFA urged relevant authorities to charge those behind the protest with terrorism.
The group’s Executive Director, Bamidele Johnson, made the call during a press conference, on Monday.
Johnson urged the Nigerian government to resist blackmail and intimidation attempts by fake activists.
CAFA also faulted the furore which accompanied the freezing of bank accounts of those linked to the protests hijacked by hoodlums.
The group claimed that the account numbers were allegedly used for illicit activities.
According to the group, those “who financed the protests have shared responsibility for the hacking of government websites as part of the protests.
“The financiers are accessories to the murder of the dozens of policemen who were killed by the incited mobs”.
CAFA, however, urged the law to take its course.
While calling on the Central Bank of Nigeria, CBN, to continue its investigation, CAFA also urged the Inspector General of Police, IGP, Mohammed Adamu to identify those responsible for the violence.
It added: “Once identified, the Inspector General of Police should charge these persons for terrorism financing and any other crime they might have committed”.
Posted by Daniel Update at 10:36 AM