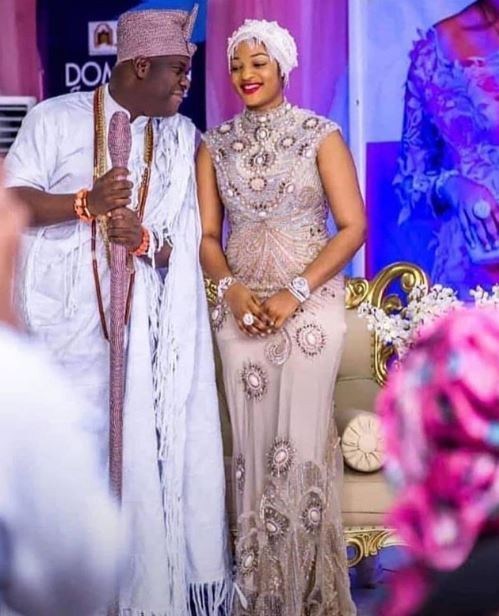 The crown prince was born in Akure, Ondo State where his mother, the queen has been staying for some months now after leaving the palace in the company of her mother and sisters.

The sisters and other family members of the Ooni have reportedly gone to see the newly born prince.

The Oba may not however see his baby until after three months according to tradition.

Reports have it that Obas in Yoruba land are forbidden from seeing newborn babies due to certain myths about their hair. They are however allowed to see the mothers of their babies or other new mothers.
Posted by Daniel Update at 11:45 AM