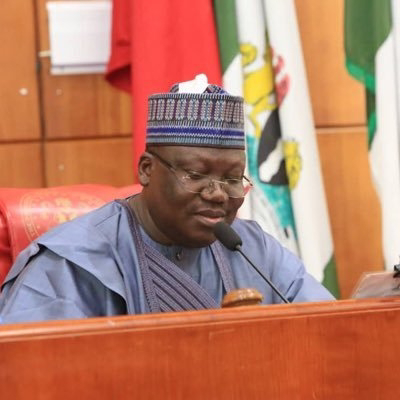 The Senate President, Ahmed Lawan has condemned the ugly incident which happened in Zabarmari, Borno state that saw at least 42 rice farmers killed by terrorists.
In a statement signed by his Special Adviser on Media, Ola Awoniyi, Lawan called for all hands to be on deck so as to ensure the reign of violence in the North comes to an end.

"This incident is heart-rending and again demonstrates why we must all continue to support the security forces to thwart the criminals in their evil determination to impose a reign of terror on the North East of Nigeria,” he said.

“I commiserate with the families of the deceased, Governor Babagana Zulum and the entire people of Borno State and assure them of the sympathy and solidarity of the National Assembly.

“This heinous crime is particularly sad given the ongoing spirited efforts by the Federal Government at ensuring food security in Nigeria through the many programmes that have been put in place to support the agriculture sector.”

He also reassured of the Senate's support for the presidency in wiping out insecurity in the land while tasking the security agencies to redouble their efforts.

"I urge the security agencies to redouble their efforts with a view to bringing an end to mindless violent crimes in our country,” he concluded.