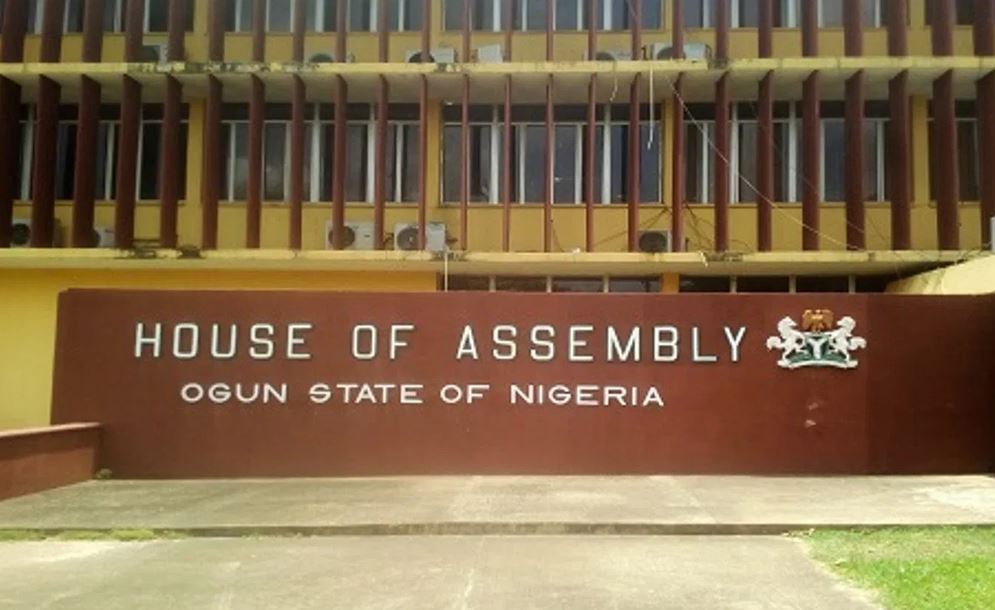 The mace was recovered at Abule-Oshun, along Badagry, Friday afternoon.

The mace, according to report, is being taken to the office of the Commissioner of Police, Hakeem Odumosu.

Vanguard gathered that men of the underworld broke into the speaker, Olakunle Oluomo’s office overnight and stole the official symbol of the legislature.

It was gathered that this is the second time hoodlums the Assembly complex has been bulged in the last three weeks.

When Vanguard visited the Assembly located metres away from the Governor’s Office, in the precinct of the State Secretariat, Oke- Mosan, Abeokuta, some security agents denied access into the complex, saying it was order from above.

Speaking with the correspondent, an officer of the Nigerian Security and Civil Defence Corps (NSCDC) said “We don’t want to see journalists here today. We are not entertaining visitors today.”

It was gathered that the State Commissioner of Police, Edward Ajogun had earlier visited the Assembly for on the spot assessment.

When contacted, the Spokesman of the Command, Abimbola Oyeyemi confirmed the incident, saying the head of the mace has been recovered, while investigation into the burglary and theft has commenced.

“There is an unfortunate incident today in the Assembly complex. The hoodlums broke into the Assembly through the ceiling, and removed the official mace of the house. That is why the Commissioner of Police had to go there for on the spot assessment,” he said.

“To the best of my knowledge, the last sitting that we had was last Thursday which I’m sure everybody was aware and witnessed the presence of the mace".
Posted by Daniel Update at 1:38 PM