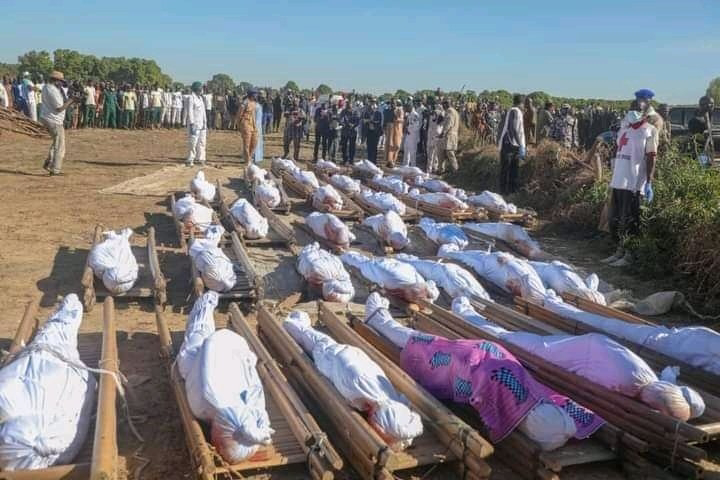 President Muhammadu Buhari has pledged to provide more support and resources in combating insecurity in the country.
This is coming after no less than 43 farmers were killed by terrorists in the village of Zabarmari in Bornu state on Saturday.
In a series of tweets on his official Twitter account, President Buhari also ordered the Armed Forces to take the war directly to insurgents and ensure they're wiped out of the land.
"Nothing is more important than ensuring the security of lives and property of Nigerians. Everything is secondary when security is at stake. I will ensure that more resources are made available to the military and other security agencies to prosecute the war against terrorism.
"As we mourn all the lives lost in Zabarmari, the Armed Forces have been given the marching order to take the fight to the insurgents, not on a one-off, but on a continuous basis, until we root out the terrorists.
"We will intensify our cooperation with neighbouring countries on bilateral and multilateral levels, to ensure that there is no hiding place for the terrorists.
"As I noted earlier, the massacre by Boko Haram in Zabarmari is nothing short of senseless, barbaric, gruesome and cowardly. It reinforces our resolve to root out all forms of insurgency and insecurity not just in Borno but everywhere across Nigeria."
Posted by Asiwaju Cephas at 12:52 AM