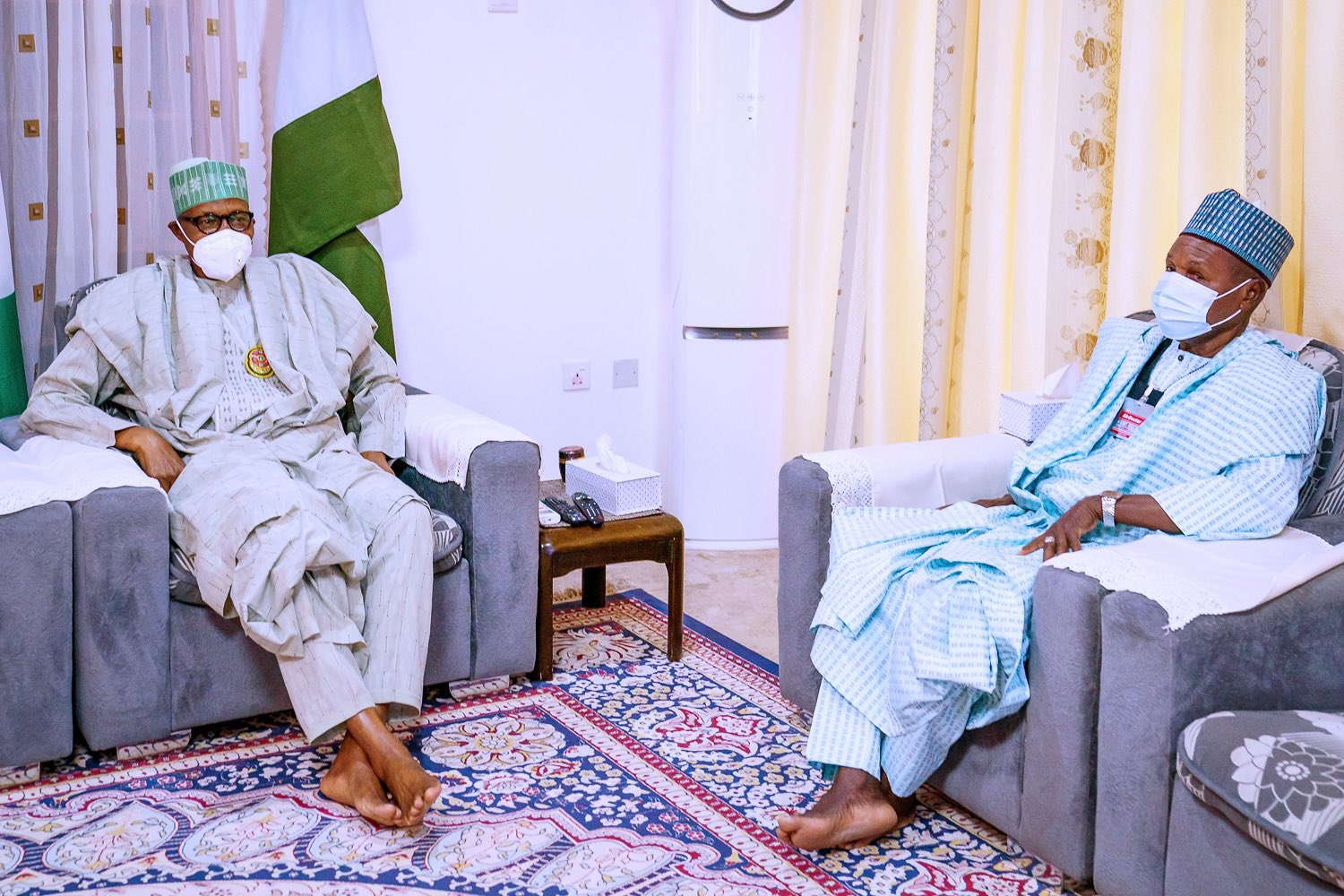 Katsina State Governor, Aminu Bello Masari has said that the position and location of the missing school children has been found by security agencies.
This is according to the briefing of President. Muhammadu Buhari's meeting with the Katsina State governor given by the spokesperson to the President, Garba Shehu.
In a series of tweet by Shehu, he said the meeting started at about 2pm yesterday and that progress is being made to ensure the school children are rescued.
"President Muhammadu Buhari Monday in Daura, Katsina State, received more briefing on children kidnapped from Government Science Secondary School, Kankara, with an assurance from Governor Aminu Bello Masari of steady progress to bring them out unharmed.
“We are making progress and the outlook is positive,’’ the Governor told newsmen after an hour meeting with the President, which started at 2pm.
"The Governor, who was accompanied by the Deputy Governor of the state, Manir Yakubu, said the kidnappers had made contact and discussions were already on pertaining to safety and return to their homes.
"Governor Masari also noted that security agencies had located the position of the children.
"The Governor said the President was fully committed to the rescue of the school children, adding that it was only appropriate to visit the President and give him more details of rescue efforts."
Posted by Asiwaju Cephas at 12:40 AM