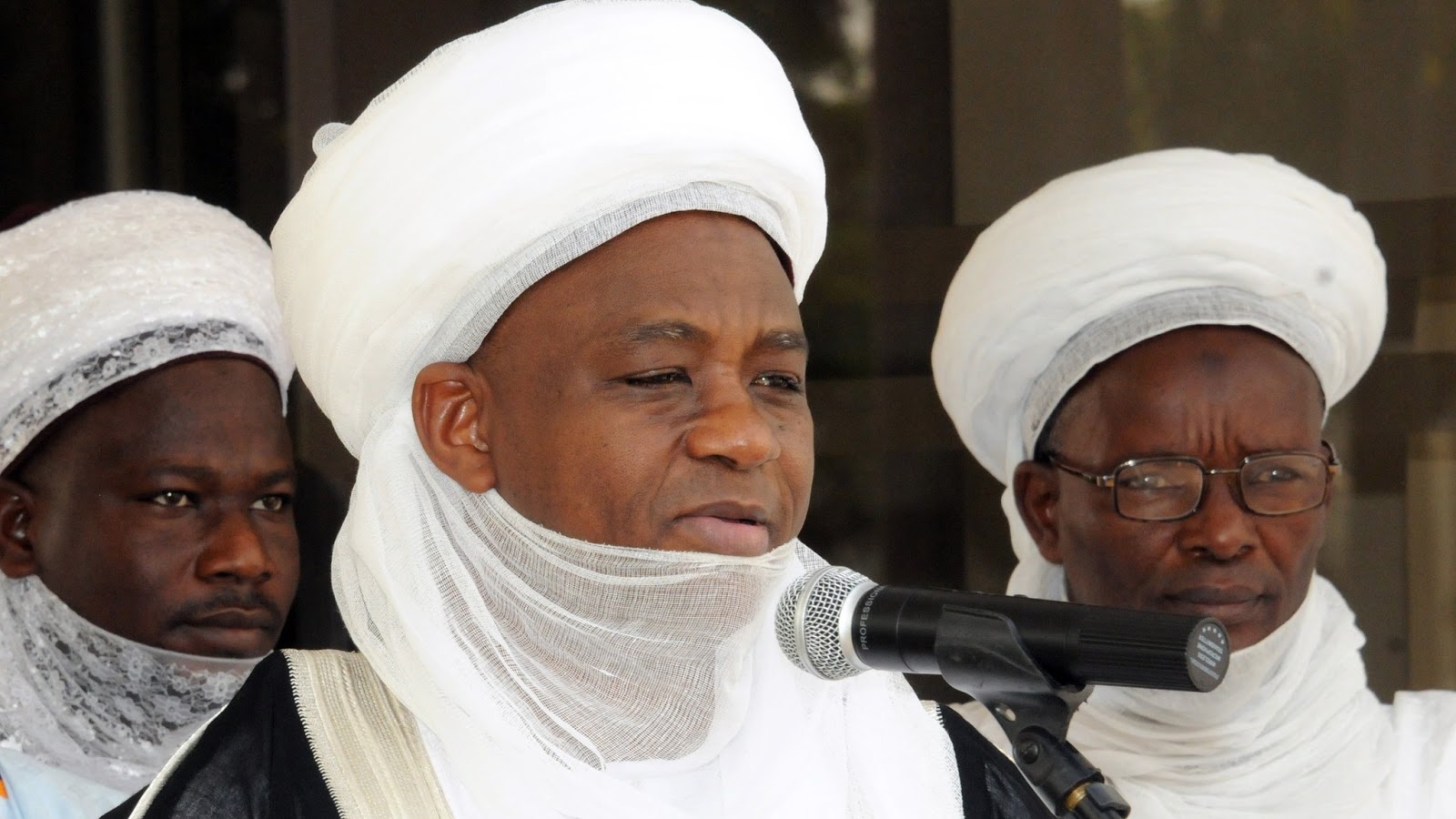 The Sultan of Sokoto and Co-Chairman of the National Council of Traditional Rulers Sa'ad Abubakar has decried the worsening situation of insecurity in the country.
The Sultan made this statement when he led other top Monarchs in the country to pay a condolence visit to the governor of Bornu state over the recent killings of rice farmers in Zabarmari.
Sultan Abubakar said it's high time the army occupied Sambisa Forest and Lake Chad region housing Boko Haram insurgents.
In his words, "It is not just a condolence visit, it is a statement that all of us are fed up with the shedding of innocent blood under whatever guise across this country. So many lives have been lost in the past, we can’t even compute how many lives we have lost. It becomes like a daily occurrence, a daily event. A new normal, it becomes a story when in a day, nobody was killed in a particular place of this country.
"We had various fora with our political leaders, mentioned these things out, how to take care of our security in various communities. We have written papers, sent our governors, we have discussed with all our leaders, all the way forward.
"But we see things getting worse and worse. It used to be Boko Haram alone in Borno and Yobe, now, in all over the north in particular and generally all over the country. You have bandits and terrorists all over the north, you can’t even move freely. In the south, it is the same thing. The killings have taken new dimensions and we really don’t know what are the causes of these mass killings of innocent people.
"We decided to come together as the council of traditional rulers to make this statement to all and sundry, not only to the governor of Borno State, but to all our governors. Let’s rise up to the occasion and see how we can come together to fight this menace of shedding innocent people’s blood,” he concluded.
Posted by Asiwaju Cephas at 1:04 AM