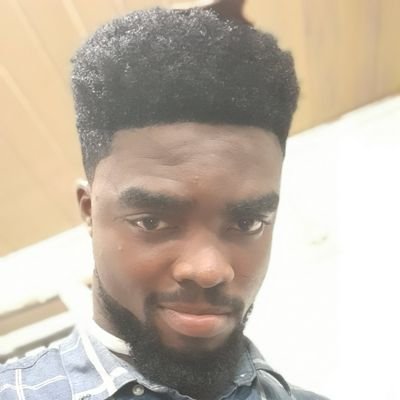 A Cab driver has expressed sadness on Twitter after the way he was treated by a female passenger, forcing him to cry for 20 minutes

According to Cabbie, the woman called him an ”Ordinary Cab Driver” as she was trying to advise her son to concentrate on his books so he wouldn’t end up like the cab driver.

I picked up a lady with her son from somewhere in Lekki, while we were going, the son was pressing his phone and the woman said to him “better pay more attention to your books or you’ll end up like this man, an ordinary taxi driver. ”


I stayed quiet till I dropped them, thanked her for paying and I drove to a corner and I cried. A lot of people saw me as I cried in my car for over 20 minutes cause I just couldn’t understand what I did wrong. I just prayed for a better offer and went back to my work. 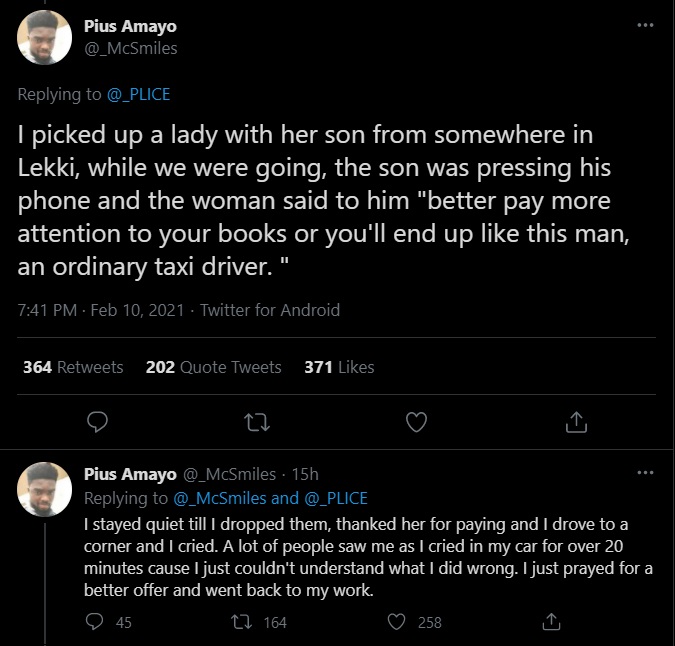