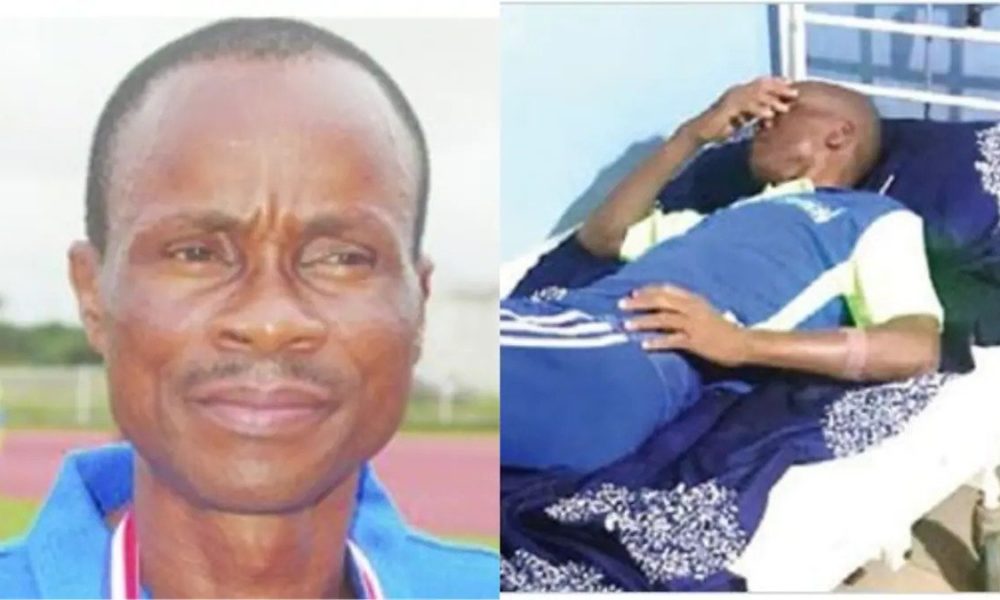 Sofoluwe had been diagnosed for mild cerebral atrophy at the Prince and Life Medical Hospital, Ikorodu, Lagos, but was moved to LUTH on Friday after his medical condition became worse.

Ex-international Waidi Akanni told The PUNCH that Sofoluwe was currently on oxygen and is battling to survive.

“He’s on oxygen as we speak and that’s between life and death. He has been transferred to LUTH for intensive care,”Akanni told The PUNCH.

“He needs adequate treatment to recover well. I’m calling on Nigerians to come to his aid.”

Sofoluwe had 40 caps and scored one goal for Nigeria and was a member of the Eagles squads which reached the final of the 1984 and 1988 AFCON tournaments.
Posted by Daniel Update at 2:09 PM