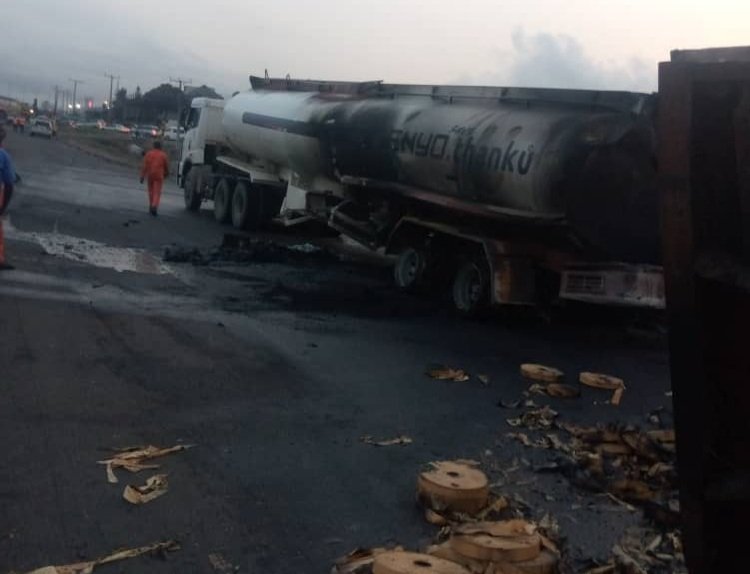 Many commuters are trapped in traffic on the popular Otedola Bridge in Lagos as two petrol tankers caught fire on the bridge.


Emergency responders comprising the Lagos Fire Service, the state Emergency Management Agency (LASEMA) and the state Traffic Management Authority (LASTMA), among others are said to have arrived at the scene to put out the fire and clear the expressway for vehicular movement. 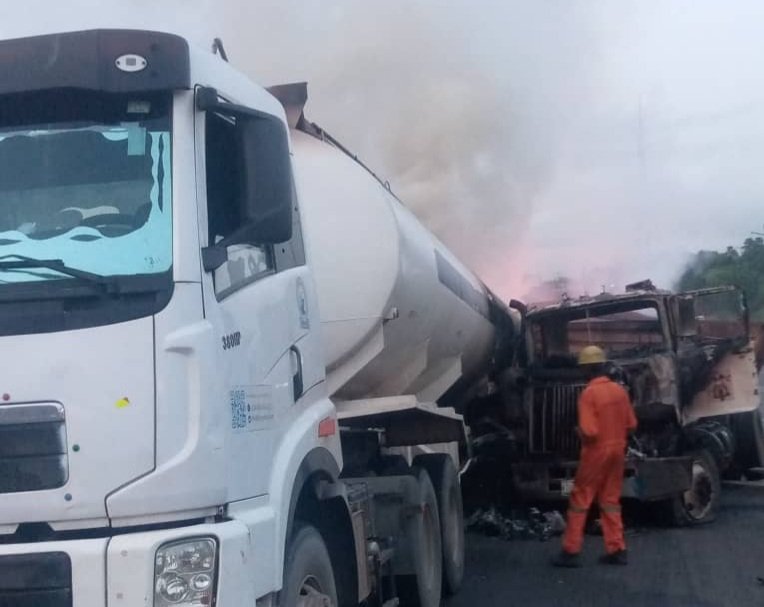 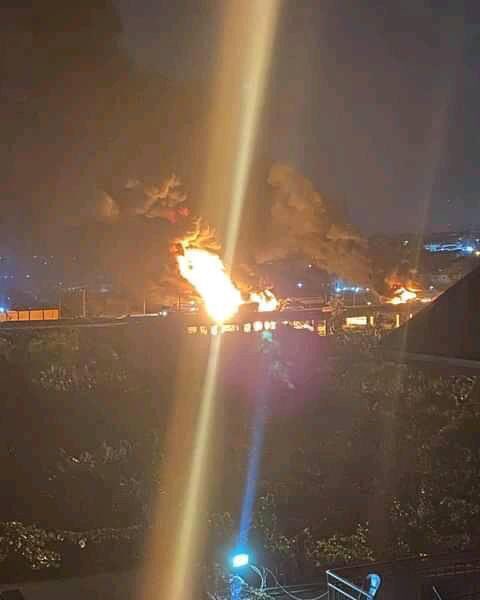 According to LASTMA, the accident is affecting traffic backwards Motorway-7up to Alapere presently.
Posted by Daniel Update at 11:46 AM