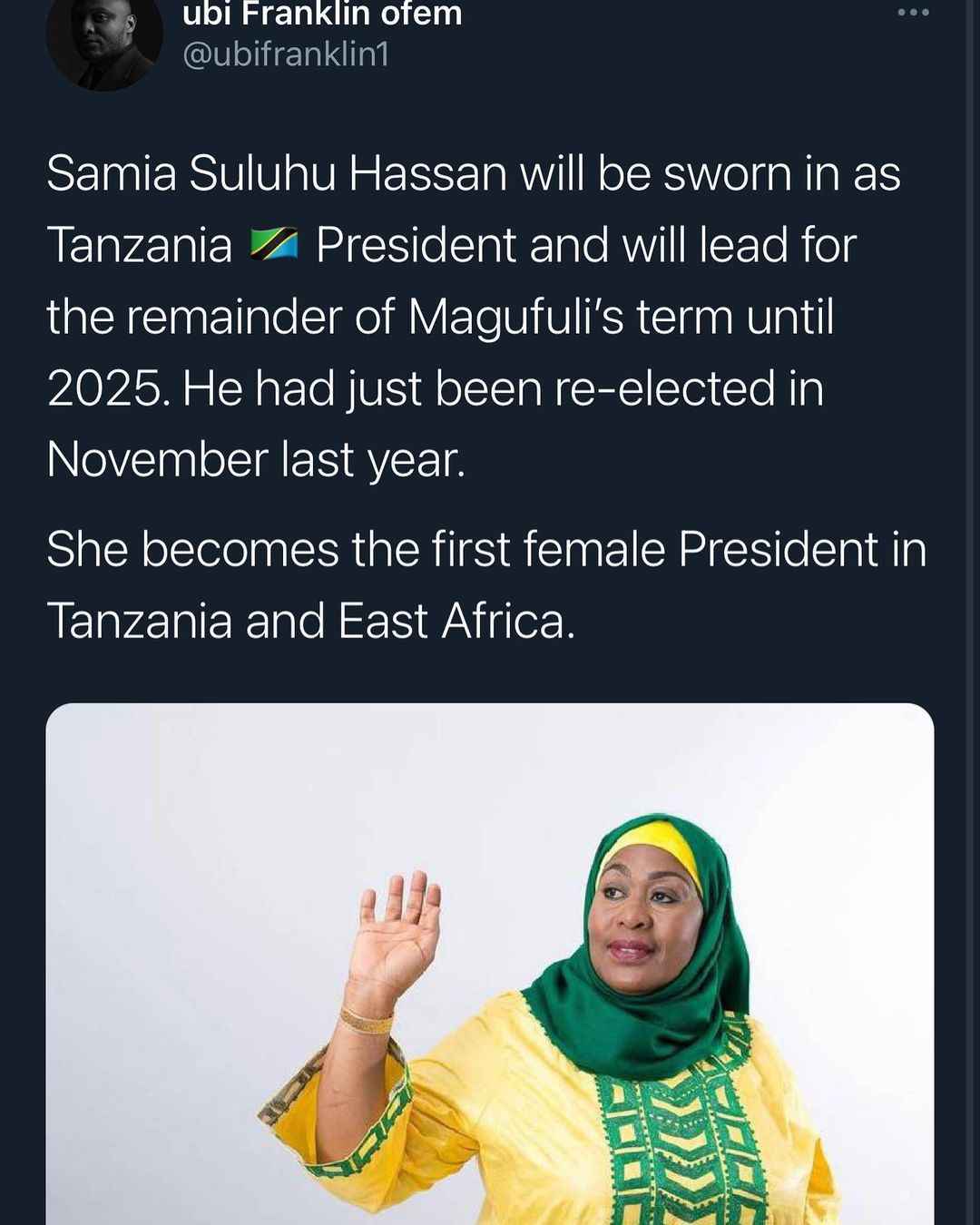 Tanzania’s Vice President Samia Suluhu Hassan is expected to take over the country’s leadership as the first female president following the demise of President John Magufuli.

Magufuli, 61, died from a heart attack, according to a televised announcement by Vice-President Hassan on Wednesday evening.

According to the Tanzanian Constitution; “Where the office of President becomes vacant by reason of death, then the Vice-President shall be sworn in and become the President for the unexpired period of the term of five years.”

Posted by Daniel Update at 5:46 PM