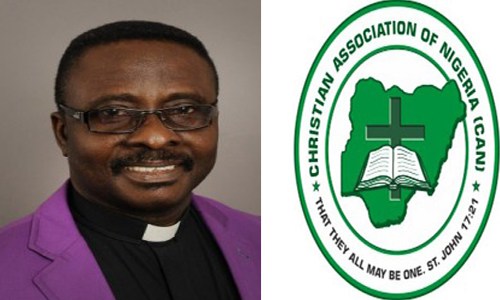 CAN, on Tuesday, asked the Governor of Kwara, Mallam AbdulRahman AbdulRazaq to immediately withdraw his approval of hijab wearing by students in the State, especially those in Christian mission schools.

The apex Christian body described the governor’s action as premature and prejudicial, claiming Governor AbdulRazaq was aware of a case pending in court over the matter wherein the judge had ruled that the status quo should be maintained.

But CAN in a statement by its General Secretary, Joseph Daramola, titled, ‘Caution on Kwara State Governor’s Approval of Wearing of Hijab in Christian School‘, wondered what would happen, if the State authorities waited for the court to pronounce its final judgement on the matter.

He said, “We ask the Governor of Kwara State, Mallam AbdulRahman AbdulRazaq to immediately withdraw his government’s approval of wearing of hijab in schools within the state, including Christian Mission schools.


“This advice is necessary because we see the action of the Governor of the state as premature and equally prejudicial. It appears to be a contempt of the court because the governor is aware that there is a pending court case on this matter over which the court had earlier ruled that the status quo should be maintained.


“We note how some people took the laws into their hands in the state by going from school to school to enforce the wearing of hijab in secondary schools, including the schools owned by mission agents but are only granted aid by the government.


“Instead of the government to caution such trouble makers and admonish them to wait for the court process to be concluded and judgement delivered, the government of Kwara State has shown its religious bias by the blanket approval of the wearing of the hijab, even in Christian Mission Schools.


“This action of the government of Kwara State is not only discriminatory and divisive, but it equally suggests that the government was the one behind the earlier illegal enforcement of the wearing of hijab in Christian schools.


“While the government may give directive on its own schools, it ought to respect the schools it does not directly own, nor started and respect the religious cultures of such schools as well.


“We urge the political elites to stop using their religious overzealousness in causing division in the society, but rather treat all equally irrespective of religious and ethnic affiliation. If we would all do pilgrimage together, there must be fairness to all, mutual respect and justice.”

CAN warned political leaders against using their positions to further the cause of any particular religion or ethnic group in the interest of peace.

“The Governor of Kwara State has shown open bias for one religion with his inability to wait for the court processes to be concluded over this matter.


“CAN has resolved to use all lawful means to reverse the order if the government refused to withdraw the directive,” the statement added.
Vanguard News Nigeria
Posted by Daniel Update at 4:23 PM