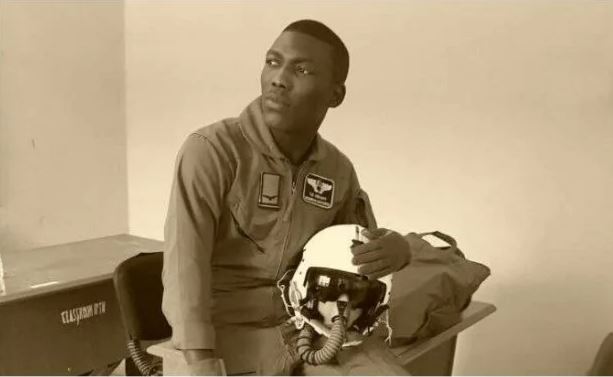 At the moment, the friends as well as the family members of a Nigerian Air Force pilot, Flt Lt Taiwo Olufemi Asaniyi, are grief-stricken as the young officer, who was about to wed, died when a Beachcraft 350 aircraft crashed at the Kaduna International Airport on Friday.

Asaniyi was the pilot of the ill-fated jet which also claimed the lives of his co-pilot, Flt Lt Alfred Ayodeji Olufade, newly appointed Chief of Army Staff, Lt. Gen. Ibrahim Attahiru, and eight others.

Friends and associates of Asaniyi have since taken to the social media to mourn the youth.

A tweep, @_victor_kings, wrote, “Flight lieutenant T.O Asaniyi. He flew the plane, we had his introduction in March. I was going to be his best man.”


“May their soul rest in peace. My condolences,” @bcube234 tweeted.

The PUNCH reports that at least 20 military officers have lost their lives in the last three months in three crashes involving Nigerian Air Force jets.

On Sunday, February 21, 2021, seven NAF officers died onboard a Beechcraft KingAir B350i aircraft when the jet crashed in Abuja.

Two officers were onboard the missing jet which was later declared crashed and the whereabouts of the two airmen unknown till date.
Posted by Daniel Update at 10:12 AM