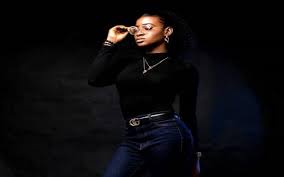 Adeolu Akande, the father of Feranmi Fasunle, a 200-level student of Adekunle Ajasin University, Akungba Akoko (AAUA) in Ondo State, who reportedly committed suicide on Wednesday has spoken about the incident.

The father of the deceased, Adeolu Akande, the chairman of the Nigerian Communication Commission (NCC), in a statement to PREMIUM TIMES on Thursday, said the family would reach out to the institution for investigation into the incident.

It was earlier reported by various media outlets that Ms Fasunle died after taking insecticide in her room.

The 19-year-old lady was later rushed to the Federal Medical Center, Owo, where she was confirmed dead.

The spokesperson of AAUA, Victor Akinpelumi, who earlier confirmed the incident to Punch Newspaper said “the only details we have is that she took sniper and she was later rushed to the state health centre and from there she was referred to the Federal Medical Centre in Owo.

“The bad incident happened on Wednesday and we have not carried out our findings to ascertain if she committed suicide over relationship issues but from what we gathered she had no boyfriend.

“The doctor, who spoke with me, said those who brought her said they were close to her and that she was not involved in any relationship. So, why she did that to herself is what we are yet to know.

“We will further react if we later know why she took that decision to take her own life,” Mr Akinpelumi was quoted as saying.

The father of the deceased, Mr Akande, announced her death to PREMIUM TIMES on Thursday afternoon.

“It is on a very sad note that I announce the passage of my daughter, Miss Feranmi Fasunle, aged 19.

“She was a promising 200-level student of Political Science at the Adekunle Ajasin University, Akungba Akoko, Ondo State who dreamt of reading Law as a second degree.”

He said the family would reach out to the authorities of the university for investigation into the unfortunate incident.

“We express our sincere appreciation to the authorities of the Adekunle Ajasin university and Federal Medical Centre, Owo for the spirited efforts to save our daughter,” he said.

Mr Akande is a professor of political science at Igbinedion University as well as a chieftain of the All Progressives Congress in Oyo State.