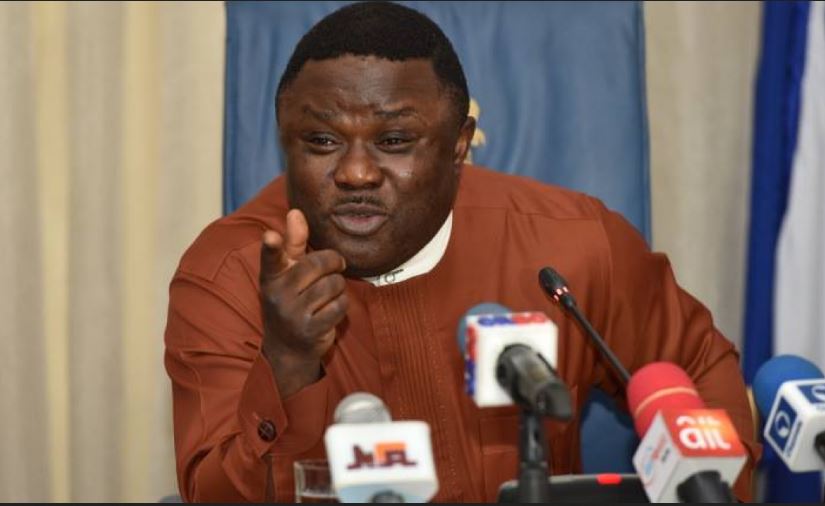 Ben Ayade
The Governor of Cross River state, Ben Ayade, has said he appointed 38,000 political aides to tackle poverty in the state.

The governor, in a chat with Arise TV on Friday, said the appointment is to afford him the “emotional and social temperature” to discharge his duties.

“In politics talk is cheap. I have history. I know clearly that poverty is extreme and I decided to bring 38,000 young people into the dining table to allow me the emotional and social temperature to take advantage of my business connection to bring value to Cross River state,” Ayade said.

“These people are bringing values. I have several projects ongoing. All of these need people to manage. Besides let’s deal with it, if you look at the principles, section 14 of our constitution: the primary purpose of government is the welfare and security for the people. Of what use would it be to build a super highway or a deep sea port when 4.5 million people are dying out of hunger. It’s better to put food on a table than to put food on concrete. These 38,000 people have not only brought value, they’ve reduced poverty.”

Ayade who recently defected from the Peoples Democratic Party (PDP) to the All Progressives Congress (APC), said the move was necessary because his state cannot “afford extreme opposition”.

He said joining the ruling party will help amplify his demands on national discourse.

“Cross River state is challenged. We’ve lost oil wells; we’ve lost our territory. We seem to come from a minority section. We can’t also afford extreme opposition and I’ve always believed that moderation is the rule,” he said.

“As I have joined [APC], it’s easier for my voice to be heard and even louder. It’s completely different when you speak from the opposition.”
Posted by Daniel Update at 8:19 AM