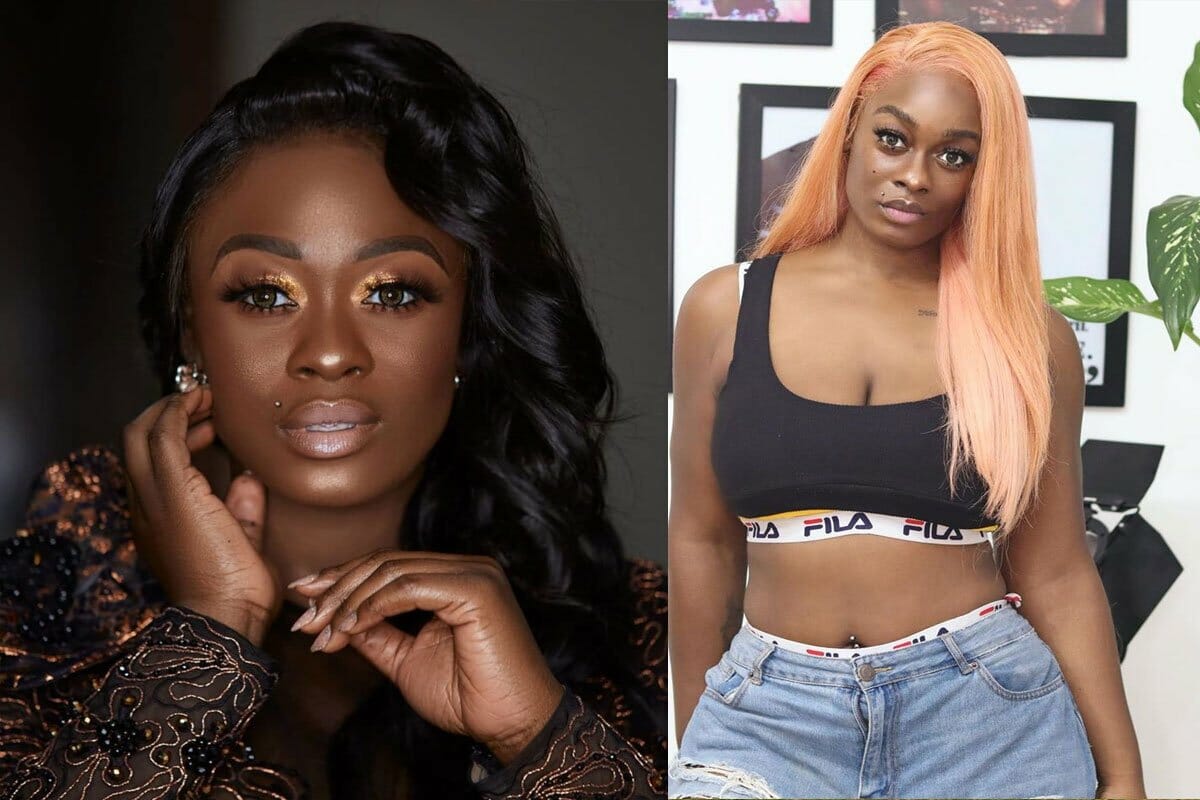 BBNaija ex-housemate, Uriel has opened up on how broke she was after she left the reality show.

According to Uriel, people should learn to put the fear of being broke aside and stop being in toxic relationships. Using herself as an example, the reality star said she was broke 2 years after she left Big Brother’s house, still, she left a relationship that she was not comfortable with.


“Life is so fikkle I get to watch my mum fade away before my eyes every day. Have you ever longed for someone Who’s right in front of you..? Stop with the bad vibes Stop with the hating Stop with the comparison I lost good friend months back I look at her picture every day.
Stop holding grudges If it doesn’t fit move on Stop being in toxic relationships Stop wasting time I’m broke I’m broke Well I was still broke 2 years after I left the BBH Just Do you no dey look at other people’s Pant.. Because you go find unexpected Hole.” 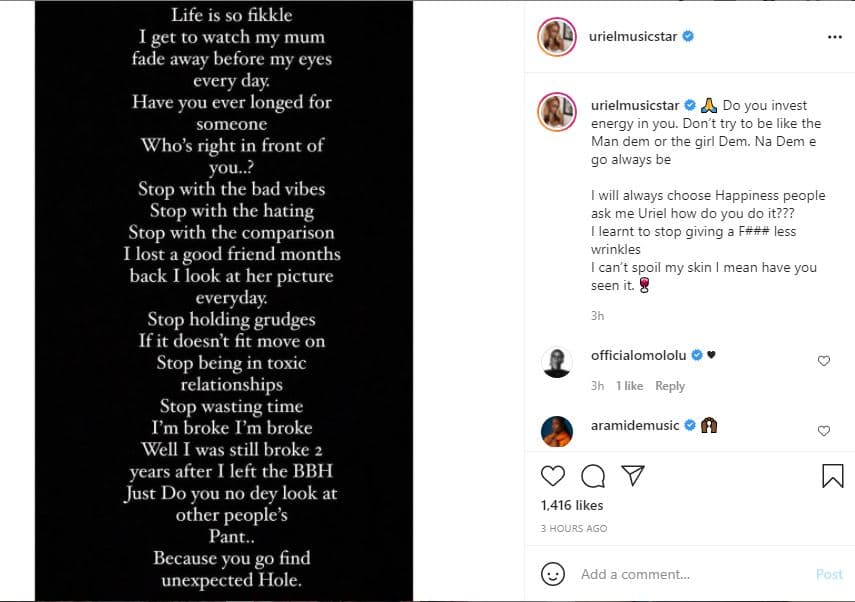